Between the Lines … with Louise Penny 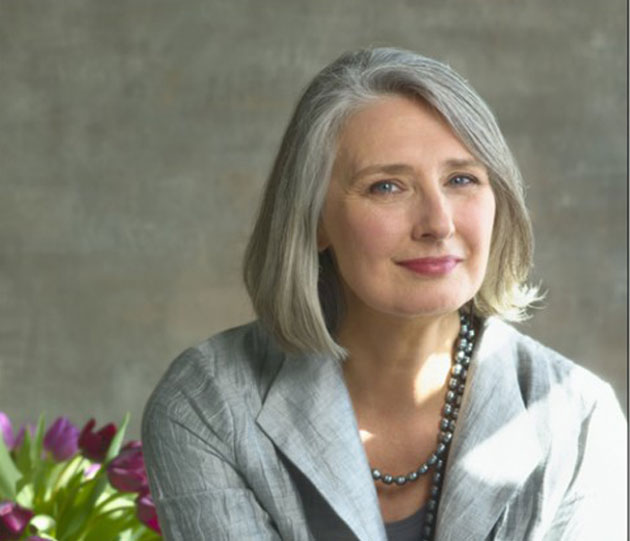 “I think the older we get the more we have to say. I could not have written this book back when I was twenty, or even when I was 30 … I had to be hurt into writing books” — Louise Penny

Louise Penny has worn many hats in her 57 years, from journalist and radio host to award-winning mystery writer to, most recently, caregiver for her husband Michael, who suffers from dementia.

The Canadian scribe – who celebrates the 10th anniversary of her hit debut novel, Still Life, this month while awaiting the release of her latest book, The Nature of the Beast, on August 25 – recently spoke with Zoomer’s Mike Crisolago.

MIKE CRISOLAGO: How did your husband, Michael, play into your decision, a decade or more ago, to leave your journalism career behind and take a chance writing fiction?

LOUISE PENNY: I reached a stage in my life, I was in my late-30s and I think it is a stage I know a lot of women – and I suspect men do too – sort of begin to get a little bit reflective and think, “Am I where I want to be? Have I done what I want to do?” Because you’re getting to the stage where the joke’s over. I’d always wanted to write and I was getting a little burned out. I was becoming the sort of person I wouldn’t want to work with and I thought, “I can’t keep doing this for another 10-20 years.” And my husband saw that, saw me just dragging myself and said, “If you want to quit work and write that book you’ve always wanted to write, I’ll support you.” And he did. And it’s only because of Michael that these books have been published.

MC: Michael now battles dementia and you also work with the Alzheimer’s Society of Quebec. Tell us a bit about how you cope with the struggle with dementia while supporting your husband?

LP: It’s not clear what form of dementia he has but scans have shown that it almost certainly isn’t Alzheimer’s. It’s certainly debilitating and he’s now at the stage where he’s’ barely communicating and he’s been affected physically and most of his rational thinking is gone. So it is the slow decline and it’s been devastating. I know the moment I realized what was happening [was when] he couldn’t figure out money anymore. And this is a scientist. And he’s looking at money [and] he couldn’t count it. He didn’t know what it was. At that stage, in some ways, it was almost a relief because we knew something was odd but there was no smoking gun. And that was the smoking gun.

So it was at least okay – we know now exactly what it is. But it’s very sad to see and it’s exhausting, it’s humbling, it’s a real eye-opener. I’ve learned a lot about myself and had to learn a lot about patience and do unto others. He’s an amazing man because also he’s extremely happy, and Alzheimer’s and dementia doesn’t always strike people like that. So we’ve been incredibly lucky. We’re in London right now. We’re able to travel to London because he’s easy-going and so that is a lovely, lovely thing and its’ an amazing thing to live with someone who lives completely in the moment. There’s no use telling him that we’re having lunch with someone because two hours is meaningless to him. All he cares about is exactly what’s happening that moment. And there is now a clarity to our lives. So few things matter but those that matter, matter greatly. It’s like a clearinghouse. It’s not easy, but our lives have become very simple now. And as a result, too, we’re relying very heavily on friends, on our community. I don’t know what we would do without them, both for physical help but also emotional help.

I’ve been reduced to tears so many times reading messages or getting phone messages from people saying, “We’d love to come and sit with Michael for a couple of hours if you want to go and have a massage or go and have lunch with someone.” They just offer out of the blue. This is what sometimes saddens me when people read my books and say, “Well, she’s writing about a world that doesn’t exist. There’s not that much kindness in the world.” What’s so ironic is that I wrote about a world filled with kindness and now I’m experiencing it. It is devastating but there’s a lot of laughter. We laugh a lot because you might as well. But we cry a lot too. I have good days and bad days, as does he.

MC: How important is it to you, as a writer, that subjects like dementia are explored more and more now through art, such as last year’s hit film Still Alice, which won Julianne Moore an Academy Award?

LP: Oh, I think it’s crucial. I absolutely do. And the beauty, of course, of exploring it through art is that different artists take different approaches. It’s not simply, “This is devastating.” I’m sure there’ll be some funny ones and some tragic ones. I think it’s absolutely crucial because the worst thing that can happen is silence. You know, the mad uncle in the attic. And that’s one of the reasons why Michael and I talked about this before he essentially fell silent, about going public with it. And he felt as strongly as I did that it’s necessary. If it struck him, one of the prominent scientists in the country – he was the first named chair of paediatric oncology in the country – and, you know, now he can’t count. But, you know, it’s vital to get the word out and to get help – help for the people with Alzheimer’s, help for the families, to find a cure, to find prevention. We’re very lucky because we live in this community and we have every privilege that our society offers. There are people struggling who have no family. There are people living hand-to-mouth. There are elderly couples where the other person is also handicapped. The heroism, every day, that these people show, is so humbling. And it’s so important that we all step up.

MC: When you’re writing do you ever think of your characters and the effects that aging might take on them?

LP: Not really. I have a few elderly characters in the novels – one in particular, an old poet – but I don’t really talk about the aches and the pains and that kind of reality. I sort of pick and choose what it is I write about and right now I have no plans to put dementia in the books. Frankly, it’s hard enough living it. I don’t want to write about it as well right now.

MC: What advice would you give to someone in mid-life or later who always wanted to write a novel but they don’t know how to go about it?

LP: My advice, it sounds stupid because I didn’t know how to go about it either, is a writer reads. Read, read, read. Whatever it is you’re going to write about, whether it’s crime fiction or it’s anything else, read as much as you can of great books in that field. And you’d be surprised how much you know.

Take courses – not necessarily because writing can be taught. I think there’s certain things, mostly bad habits, can be untaught. But it gives you a structure and a discipline then that you have to have pages and it helps.

My feeling, and this simply me, I think the older we get the more we have to say. I could not have written this book back when I was twenty, or even when I was 30 … I had to be hurt into writing books. And that happened over the course of decades where I had to experience love and sorrow and grief and joy and jealousy and all sorts of emotions so that I could bring them to the book. So I think that the older we are, the better we are at storytelling. I think the challenge older writers might have is taking themselves out. I think a lot of older writers, the danger can be that they think their lives are fascinating and unique. [Laughs] And they’re not necessarily either of those things. So … throw yourself in as elements of a character but try to make it more universal.

MC: You have a new novel featuring your famed Inspector Gamache coming out in August – The Nature of the Beast. What can readers expect from that story?

LP: Well in that story, one of the things I do explore is retirement. Gamache has taken early retirement. He had reached a stage in his career where he just had to step back. And he did. But he’s too young to retire completely. So one of the themes through this book is, “What next?” And that’s a question I’ve asked myself back when. And I hear a lot from friends who are taking retirement, from family members, “I’ve retired from my first career but I’m still vital and I want to contribute. I want to have a purpose in my life.”

And I found it interesting to explore with Gamache. I find it interesting exploring it with my family and friends, this idea of now it’s our turn. What do we really want to do? What do I really, really want to do? Now’s our time. There’s so much crap that adheres to us as we go through life, all the rules we’ve picked up from childhood onward, that it’s hard to set those aside and get to the heart of what we really like rather than what we’re told we have to be.

For more with Louise Penny, talking the writing life and her literary beginnings, check out the September 2015 issue of Zoomer magazine, on newsstands Aug. 10.