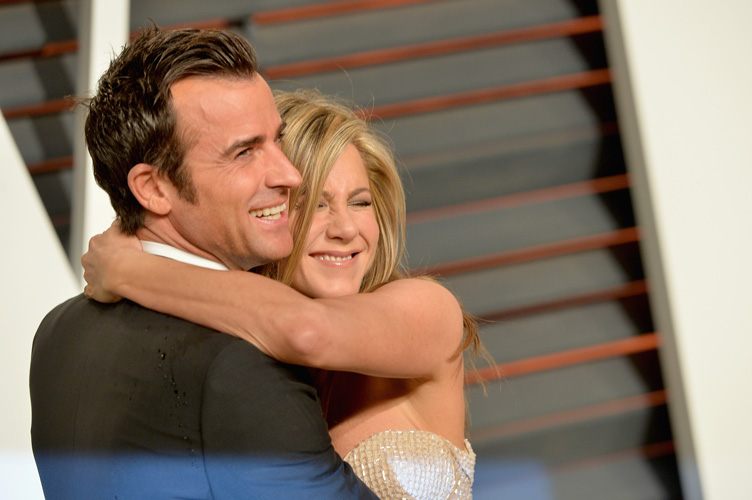 A happy ending that would make even Ross and Rachel blush.

It’s a storybook romance tailor-made for the big screen: Jennifer Aniston, glowing among the brightest of Tinseltown’s stars, alongside her debonair leading man as they walk down the aisle to the tune of wedding bells, a fairy tale union destined for Hollywood lore.

And then, a few years later, the debonair leading man meets Angelina Jolie. From there, the romance unravels like a desperate plotline from the final seasons of Friends, from the public divorce to gossip surrounding cheating spouses to the small army of kids Brangelina keep in tow.

But today, for the first time in the decade since Aniston’s divorce from Brad Pitt, the grocery store checkout headlines that relentlessly speculate about her happiness, her failed romances, whether she’ll ever wed or have kids, her mental health and her feelings about Brad and Angelina can finally be put to rest, because Jennifer Aniston and beau Justin Theroux just got married.

Aniston 46, and Theroux, 43, tied the knot yesterday at their home in Bel Air, People magazine reports, before a select group of 70 loved ones who thought they were attending a birthday party for Theroux. The ceremony took place in the backyard, on a wooden deck with seating for all and a bar to toast the couple. Time notes that the guests included Aniston’s Friend’s co-star Lisa Kudrow, as well as Howard Stern and Chelsea Handler while photos courtesy of TMZ show the couple’s wedding cake, which appeared to depict both the bride and groom as Muppet characters holding hands.

The pair began dating in 2011 and revealed their engagement the following year. The marriage comes nearly a year to the day after Brad and Angelina tied the knot in France.

News of the wedding spread quickly as soon as it was announced, with fans around the world thrilled that Aniston, after all the years of tabloid gossip, finally found the man of her dreams. It’s a happy ending to a years-long romance that would make even Ross and Rachel blush.