Popcorn Picks: Ricki and the Flash 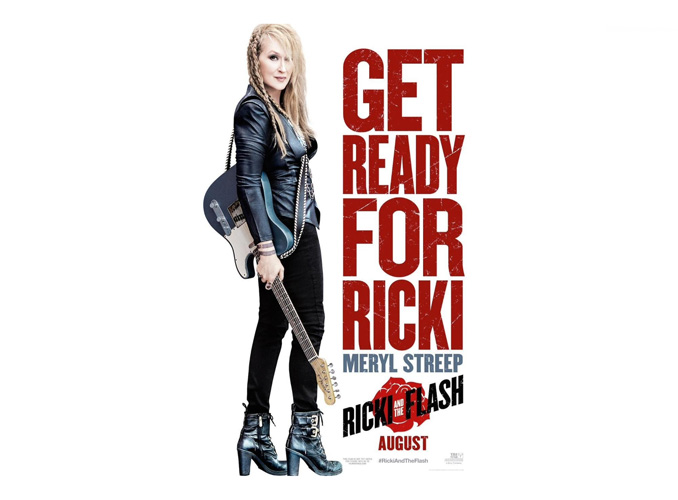 There’s one downside to casting Meryl Streep – if the rest of the film can’t keep up with her, it really, really shows.

The Hype: The Oscar-winning director of Silence of the Lambs teams up with the Oscar-winning writer of Juno for a rock and roll comedy starring Meryl Streep, who lands an Oscar nod for pretty much any film she utters a line in. It’s a sure thing, right? … Right…?

The Reality: This film is like a classic rock band from the 1970s that used to play arena shows but now finds itself touring the country fair circuit – it’s still entertaining but the magic you hoped to find just isn’t there.

It’s a bit disappointing given the actor/director/screenwriter combo of Streep, Demme and Diablo Cody, who share five Oscars between them. And then there’s co-star Kevin Kline, who also boasts an Oscar on his mantel, and Mamie Gummer, Streep’s real-life daughter who clearly inherited some of her mom’s acting genes. And yet there’s something about Ricki and the Flash that doesn’t quite strike the chord you’re hoping for. Exiting the theatre following a press screening, many shared the same opinion – it’s good, sure, but not great.

The deflated reaction comes partly from our perception of Meryl Streep. Like a boxer known for their knockout blows, we’ve come to expect an Oscar-calibre performance every time out. She mostly delivers, but at times like this, when the rest of the film doesn’t rise to her level, a tinge of disappointment settles in.

Ricki is the only truly layered character in the film, a woman who admits to harbouring two dreams: to be a mom and to be a rock star. She excels at neither. And yet when she’s on stage, belting out classic rock standards, there’s such an authenticity and nuance to Streep’s depiction of Ricki, including her voice, which reverberates with the years of hardship she’s endured in her quest to realize her dream, that you believe she’s actually been on the road performing with the Flash for the last 20 years.

The problem with the film lies in the script, which gets lazy. Ricki’s life in the decades since she left her family is never really explored, with little explanation for what happened beyond minute details.

Streep shines throughout the film while Kline, Gummer, Springfield and McDonald – as Pete’s current wife Maureen – all deliver enjoyable performances. But the film as a whole feels bland, particularly considering the grittiness of Ricki’s life. It also highlights the one downfall of working with Meryl Streep – if the rest of the film can’t keep up with her, it really, really shows.

Can the grandkids see it?: Teens can, but like the young people who hang out at the bar where Ricki performs, they’d probably grow restless after a while.

The Verdict: Streep rocks but the rest of the film can’t keep up.

Ricki and the Flash is in theatres today.