Popcorn Picks: The Man from U.N.C.L.E. 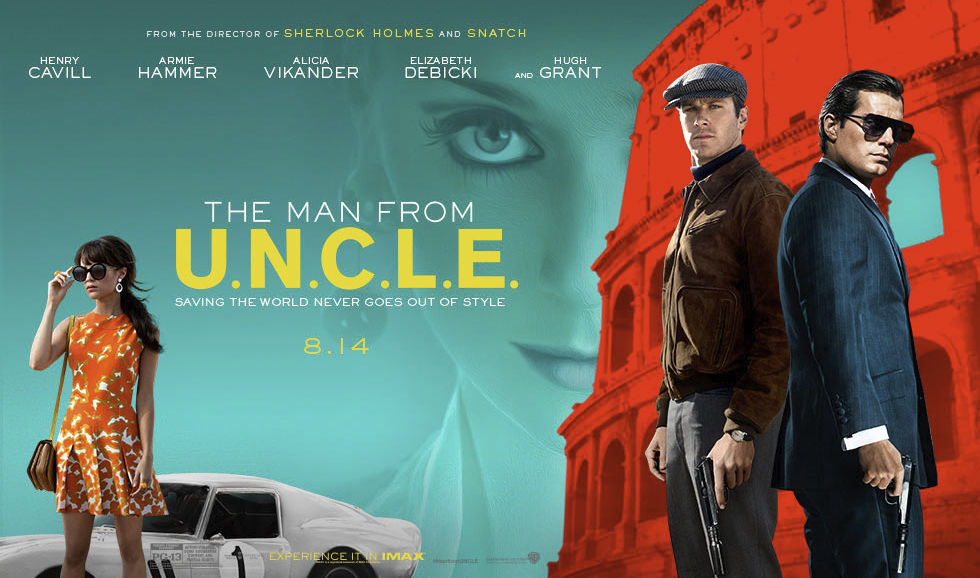 A lukewarm Cold War comedy that overcomes its flaws with superb style and lots of action.

And to think, this film could have starred Tom Cruise …

The Reality: Good action and great styling weighed down by an average script and two leads with little natural chemistry result in a fun film with more potential than the result shows.

At first glance the film feels like Mad Men on steroids, with a style, swagger and finely tailored suits that would impress even Don Draper. Ritchie’s penchant for packing a flurry of action into cramped European locales is on full display here, while the eye-catching scenery adds some traditional “spy thriller” authenticity to the film.

The story, set in 1960s Cold War Europe, sees American spy Napoleon Solo (Cavill) and Soviet spy Illya Kuryakin (Hammer) reluctantly join forces to find a former Nazi scientist whose knowledge of nuclear weaponry could result in a major shift in the global balance of power. To do this they join forces with the scientist’s daughter, Gabby (Vikander), and embark on a mission that takes them across the continent – from behind the Berlin Wall to the heart of Rome – and directly into the sightline of the elegant and deadly Victoria Vinciguerra (Debicki).

Unfortunately, Cavill and Hammer don’t exhibit the organic back-and-forth chemistry required for the film to reach its full effect. Cavill fits the role physically but his performance is devoid of the quick-witted delivery of a Robert Downey Jr., star of Ritchie’s Sherlock Holmes, who hits his punch lines on the right note. Instead, Cavill’s one-note delivery sounds more like the Old Spice man, with his deep voice, proclaiming, “I’m going to make a joke now.”

Hammer’s more enjoyable as Kuryakin, but the believability of him as a fiercely strong Russian monster takes a hit when standing next to Cavill, whose rippling Superman muscles are almost bulging out of his suit. Still, for comedic purposes, he’s more effective while also pulling off his action hero duties admirably.

The two most natural performances were Gabby, who is anything but the stereotypical helpless female accomplice, and Victoria, who embodies her villainous role while every movement she makes – from her walk to the raising of her eyebrows – radiates devilish intentions.

While the script is simplistic and the lead performances lack the all-in authenticity that someone like Tom Cruise brings to the Mission Impossible franchise (fun fact: Cruise was slated to play the role of Solo before dropping out in favour of the next Mission Impossible film), the movie makes it based on the merits of its look, its action and its homages to more traditional spy thrillers. And it’s a good thing too because, like Mission Impossible, this is another 1960s TV series turned big screen blockbuster that seems destined for a franchise.

The Verdict: A lukewarm Cold War comedy that overcomes its flaws with superb style and lots of action.

The Man from U.N.C.L.E. is in theatres today.