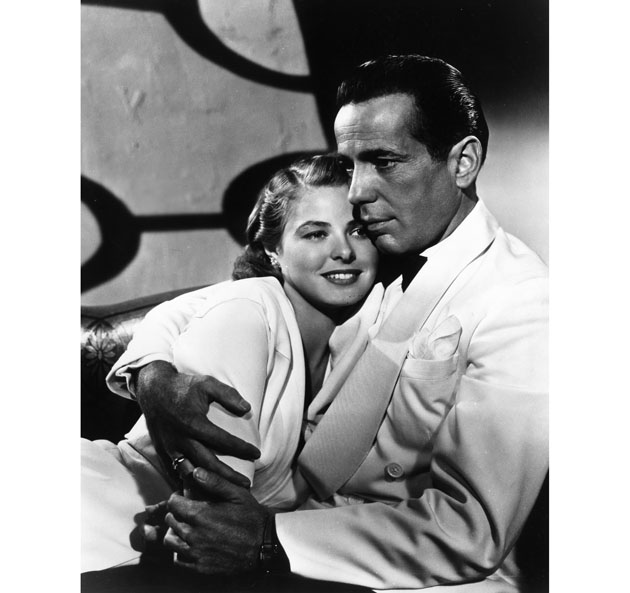 She’s the Swedish star who rose to the heights of Hollywood legend – a talent of such rare magnitude that her European charm, ironically, helped earn her the title of “the ideal of American womanhood.”

Over the course of her five-decade career Ingrid Bergman commanded the big screen in classics like Casablanca, Gaslight, Anastasia, The Bells of St. Mary’s and Notorious while racking up a slew of awards: three Oscars, four Golden Globes, two Emmys and a Tony.

From her on screen success to her affair with director Roberto Rossellini – a romance that resulted in the birth of her very talented actress daughter Isabella Rossellini – to her return to Hollywood to cement her status as one of Tinseltown’s greatest leading ladies, Bergman’s life and work have enthralled fans for generations.

The screen star would have turned 100 on Aug. 29, prompting celebrations around the world throughout 2015. In May, the Cannes Film Festival marked the centenary of her birth with the screening of a new documentary – Ingrid Bergman – In Her Own Words – while including her image on the festival poster.

Meanwhile, film institutes and organizations from Bergman’s native Sweden to counterparts in Finland, Germany, Italy and Portugal have all held, or will hold, Bergman tributes. Even the small Swedish island of Fårö got in on the celebrations.

Closer to home, Bergman’s three daughters, including Isabella Rossellini, take part in a tribute to her life and work at New York’s Museum of Modern Art.

And here in Canada, Toronto’s TIFF Bell Lightbox continues through Sept. 6 with its centenary program Notorious: Celebrating the Ingrid Bergman Centenary. With seven of the 10 films still to screen – including all three of her Oscar-winning performances – cinephiles have a fantastic opportunity to see their favourite Bergman films on the big screen.

Gaslight: Bergman won her first Best Actress Oscar as a naïve young bride driven to the brink of madness by the machinations of her insidious husband (Charles Boyer).

Anastasia: Bergman won her second Best Actress Oscar for her performance as a destitute, suicidal amnesiac who is recruited by a former White Russian general (Yul Brynner) to pose as the last surviving daughter of the Romanov royal family.

     Murder on the Orient Express: Bergman won her last Oscar for her flavourful performance in this extravagant, star-studded adaptation of one of Agatha Christie’s most popular mysteries.

The Bells of St. Mary’s: A strict, no-nonsense Sister Superior (Bergman) clashes with the liberal, easygoing priest (Bing Crosby) sent to assess her inner-city parish, in this massively popular sequel to the Oscar-winning Going My Way.

Under Capricorn: Bergman stars in this Gothic drama set in nineteenth-century Australia, which has been championed by several Hitchcock authorities as one of the Master’s best films.

Take our Ingrid Bergman poll and tell us which of these classic films is your favourite!