Between the Lines … with Patricia Clarkson 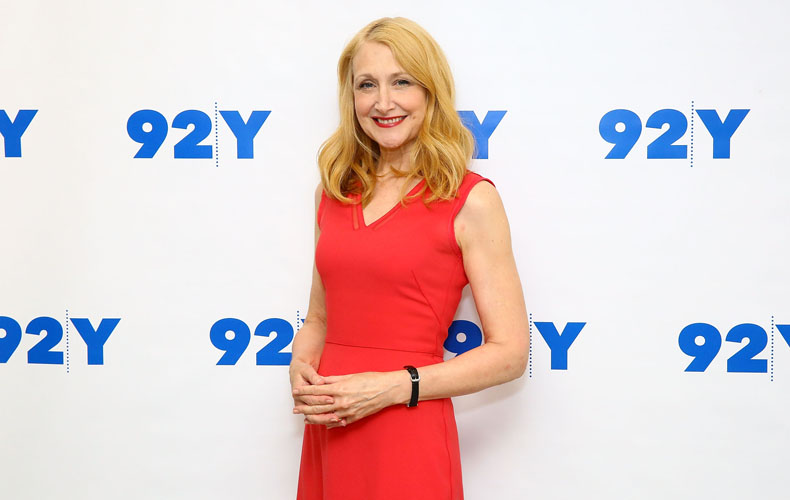 For three decades Patricia Clarkson, 55, has built a career as an actress known as one of the most versatile of her generation, fearlessly tackling challenging roles in various genres on the big screen and small, as well as on Broadway.

She currently stars alongside Sir Ben Kingsley in the comedy Learning to Drive, about a career-driven woman who must learn to drive as a means of becoming self-sustainable and gaining a lear perspective following her husband’s affair. Clarkson recently spoke with Zoomer’s Mike Crisolago about the film.

MIKE CRISOLAGO: What originally attracted you to this film?

PATRICIA CLARKSON: Well I loved the essay, the story that Katha Pollitt had written for The New Yorker. And then I loved the adaptation, which captured the humour and the pathos. And I love the characters of Wendy and Darwan – the different worlds coming together in this odd way. And the film doesn’t, no pun intended, re-invent the wheel, but it is surprising and it is familiar territory but I think it is new in certain ways. And it is about a real adult friendship and the profound changes that happen in people’s lives because of that friendship.

MC: Speaking of that friendship, this film was your second starring role opposite Sir Ben Kingsley (they appeared together in the 2008 film Elegy).

PC: The first film I did with Ben we were lovers, so it was quite different. But we got to know each other very well and me and Sir Ben adore [director] Isabel Coixet. Coming back together with him on this film, I knew that we had a beautiful deep friendship off camera and we actually had to be careful that that didn’t bleed onto film in scenes. We kind of kept our separate worlds while we were shooting but at the core I always knew I have such a real love and appreciation of this man and his talent and I’m very fortunate to call him my friend. But that carried us a long way when we got to the more emotional scenes. I think it had breadth. There was a shadow of what we have that lived on the screen.

MC: Is it true that you had forgotten a lot about how to drive in real life?

PC: [Laughs] Yes. Sadly I had learned at a young age –16 – from my father in New Orleans. But slowly as I became more and more a New Yorker I lost my ability to drive. I knew the fundamentals of driving but I wasn’t driving at all, really, for quite some time, so I had to, in essence, learn to drive again in the process of shooting this film so I wouldn’t kill anybody. [Laughs] I mean, it was quite crazy. So I had to get my driving skills back up. I was driving Sir Ben Kingsley around Manhattan.

MC: Did you have to become a better driver, and learn the skills, to then be able to portray someone who doesn’t drive very well?

PC: I had to remember and forget at strategic moments. [Laughs] I had to know when I really needed to be on top of it and when I could kind of slightly let it go and when my driving was most necessary.

MC: Last year at TIFF, you had both this film and October Gale screening – two movies in which you play a main character who experiences massive changes in mid-life. How important do you think it is to tell stories like these and portray such characters who are trying to put the pieces of their life back together?

PC: Well I think it’s a very important demographic, I think it’s a very important theme in life. It’s something that those of us in our 50s and older often experience. You know we’ve lived a lot of life by now. We’ve seen a lot, we’ve been through a lot. Only people our age can really understand, deeply, what we’ve been through. But what I loved most about this film is this is a woman who has it all. My generation we were able to have it all. She’s at the top of her game – a big book critic in New York City at a major publication, she has a stunning husband and daughter, and she just forgets. She forgets to look up and realize just what she has. She was never present and that’s really the lesson she’s learning while driving, is that she has to listen, look up, to be present. She has to be selfless. She has to take in other people. Which is what I think she failed to do, sadly, in her marriage and in her life.

MC: It’s a good lesson for anyone to take note of regardless of what stage of life you’re in.

MC: You’ve amassed such a large body of work over the years. Are there any types of roles that you still look forward to portraying or hope to have the opportunity to portray going forward?

You know, I’ve had such an extraordinary journey in this profession and so now I’m at a place where I can kind of really choose where I go next and what I want.

Learning to Drive is in theatres now. For our Popcorn Picks film review, click here.