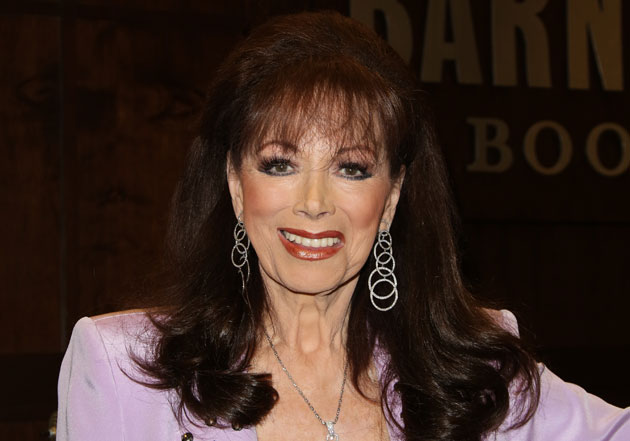 Jackie Collins, best-selling novelist of the rich and the scandalous, has died of breast cancer at age 77.

Although diagnosed with stage 4 breast cancer over six years ago, Collins opted to keep her battle with the illness private. Since the time of her diagnosis, she continued to work, penning five books including The Santangeolos, which hit selves in June.

“Looking back, I’m not sorry about anything I did,” she said in a recent interview with People magazine.

“I did it my way, as Frank Sinatra would say. I’ve written five books since the diagnosis, I’ve lived my life, I’ve travelled all over the world, I have not turned down book tours and no one has ever known until now when I feel as though I should come out with it.”

Her treatments included a lumpectomy, radiation and various drug treatments.

Written over the course of four decades, Collins’ books were populated with the sexy romps of Hollywood’s glitterati, supermodels, professional athletes, mobsters and billionaires. She sold more than 500 million copies around the world.

And in 2013 the British-born author received a royal nod, when Queen Elizabeth awarded her the prestigious Order of the British Empire (OBE) for her service to fiction and charity.