Peggy Baker, Sarah Neufeld: Fall for Dance North, Falling For Each Other 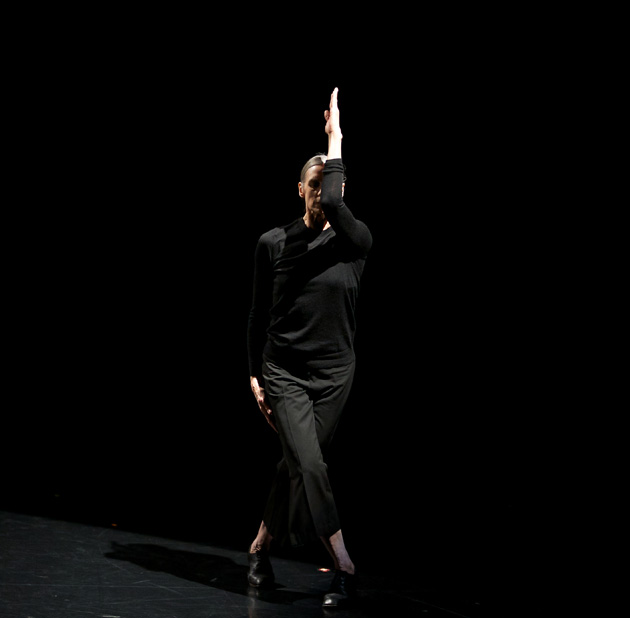 A few weeks before she turns 63, renowned contemporary dancer and choreographer Peggy Baker will perform a solo on the stage of Toronto’s Sony Centre.

She is, she admits, terrified.

“But everything I’ve done has been just as terrifying,” she explains.

She takes a deep breath and exhales with a sigh. “Even just for me to go on stage now. It was a really big decision.”

The occasion is Fall For Dance North, Sept. 29 to Oct. 1 at Toronto’s Sony Centre, the debut of the Canadian version of New York’s popular Fall For Dance.

For dance lovers, it’s a rich and varied feast at a fast food price: all tickets are $10.

Baker performs the world premiere of the only work commissioned for the festival. It’s a collaboration with violinist Sarah Neufeld of Arcade Fire and Bell Orchestre.

The invitation to create a new work and to choose a collaborator was irresistible for Baker even though, she says, “I already thought I had finished (with performing). I thought I was done.”

What led the 63-year old dancer to want to collaborate with a 36-year old indie rocker, someone she’d never met and didn’t know much about?

“I knew of her because of Arcade Fire,” she says, “and I wanted to work with somebody from a different generation and different sensibility.”

Even though they didn’t meet until recently, the collaboration via Skype was a brilliant, bonding experience for both.

“We found commonality right away,” says Neufeld. “We’re both interested in creating these imperfect patterns and breaking them, playing with abstract formulas and numeric values and deconstructing them.”

Recognizing how far-out that sounds, she quickly explains,“When you see and hear the piece you’ll know what I’m saying.”

The serial, minimalist music, which Neufeld performs on stage and describes as “quite fierce” is based on a piece from her new record.

“I loved it immediately,” says Baker, “the intensity, virtuosity of playing, the surprising shifts.”

But, she adds quickly, “it’s not just the music she brings to the piece. Her presence and physicality are central to this.”

Clearly, the artists of different generations, genres and sensibilities are inspiring each other.

“It’s wonderful working with a person who has such a rich history,” says Neufeld. “She’s taken a lot of risks, pioneered, done her own thing and I’m at the beginning of that.”

Baker is also enjoying the collaboration with someone at a different career stage.

“She’s at the peak of her performance life,” she says, “I’m at the tail end. So it’s exciting for me — and challenging also.

“I rarely perform anymore,” explains Baker. “I’ve had a very satisfying career. I don’t need to do anything else. And at this stage of life you better make good choices.

“I’m thinking very carefully about every choice now because you want to bring to the audience something fine, a great experience for them and as a dancer at my age that is just more difficult to accomplish.

“I already know that it was wise choice,” she says confidently. “It’s been a very rich creative process.”