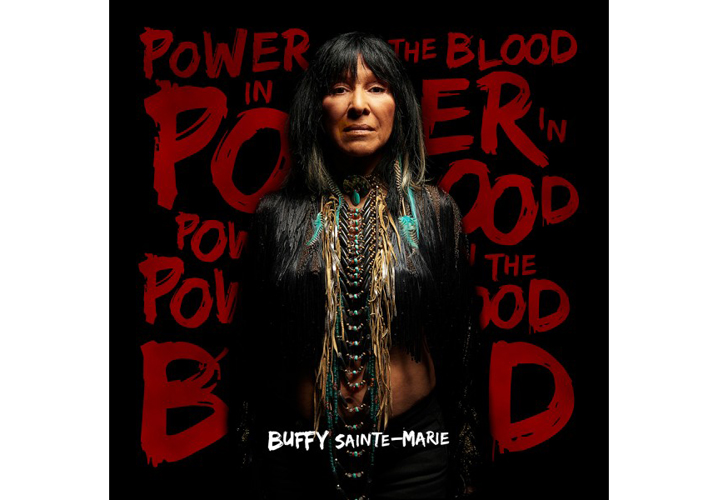 It’s not often you see Buffy Sainte-Marie’s name mentioned in the same category as rapper Ghostface Killah, indie rockers The New Pornographers and post-punk stars Viet Cong, but all shared the same ballot last night when the 2015 Polaris Award for best Canadian album was handed out at the Carlu in downtown Toronto. And when the winner was announced – by 68-year-old Fred Penner no less – it was Sainte-Marie who snagged the $50,000 prize.

Sainte-Marie won for her disc Power in the Blood, which has received critical praise and attention both for its music and for its message of solidarity with ongoing aboriginal causes.

“Ever since the sixties I’ve been making diverse albums, and every single album has had big love songs, which has managed to support me, like Up Where We Belong. That’s allowed me to remain an artist. But on every album there’s been songs that have some kind of social meaning to them,” she told the Globe and Mail after winning the prize. “I don’t hold back from trying to craft a song that not only touches people but also might expand their horizons and give them some support for sticking up for what needs to be protected in their own communities.”

The 74-year-old also joked that, “I’ve got an Academy Award and a Golden Globe, a couple of Junos and a Gemini Award — this is the only one I ever heard that gives the artist money.” It’s an important element of the prize, she noted, as it allows artists to be able to afford to tour.

For her part, however, Sainte-Marie told the audience she’d donate the prize money to charity.

Support for Sainte-Marie’s win has been positive – which isn’t always the case when an older artist trumps more youthful acts for major awards. When Leonard Cohen beat Justin Bieber for the Artist of the Year Juno in 2013, Beliebers around the world lost their 12-year-old minds over the perceived travesty.

“I CAN’T BELIEVE JUSTIN LOSE ARTIST OF THE YEAR TO LEONARD COHEN (who dat) WE WERE SUPPOSED TO VOTE YOU KNOW,” one distraught Belieber, with a tenuous grasp on how award voting works, tweeted at the time.