The Centre(fold) of Attention: Playboy’s Most Celebrated Playmates 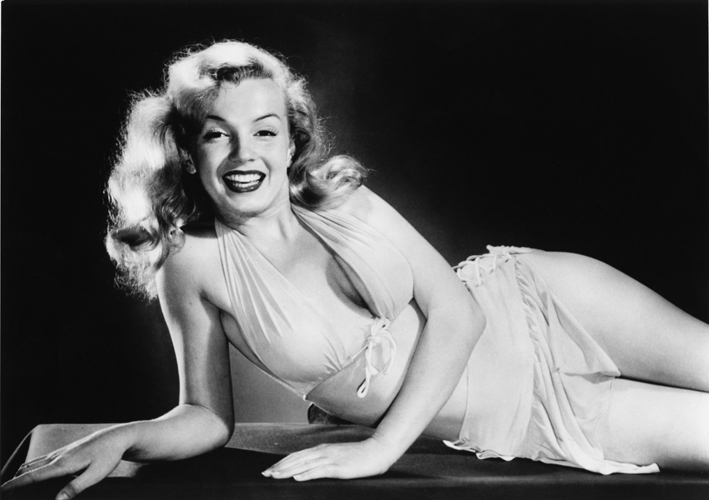 A look back at some of the magazine’s most celebrated and ground-breaking centrefolds.

There are Playboy bunnies and centrefolds, and then there are the legendary Playmates – the women whose turns in the pages of Playboy either preluded their surge of fame or whose existing star power added even more cache to the publication.

With Playboy announcing the end to publishing nude photos beginning next year, we look back on some of the magazine’s most celebrated and ground-breaking centrefolds. What better way to launch your censorship-skirting gentleman’s magazine than by enlisting the most famous actress in the world to pose nude for the cover and centrefold? Sure, the photos were taken years earlier, but in many ways the rise of Playboy coincided with the rise of Monroe’s career into the upper echelon of Hollywood stars. Famed film critic Roger Ebert once wrote, “It legitimized nudity by embodying it in arguably the most famous woman in America.” The Queen of the Pinups was also one of the first Playboy Playmates, appearing in the January 1955 issue a month before Jayne Mansfield’s now famous debut in the magazine. Then, 48 years later, at the age of 80, Page appeared in the magazine again – this time fully clothed. One of the most famous Playboy Playmates ever, Mansfield’s first appearance in February 1955 actually proved mutually beneficial, as it boosted both her own profile and that of the magazine. She went on to appear in Playboy more than 30 times, including every February except for one between 1955 and 1960. Her daughter, Jayne Marie Mansfield, appeared in Playboy in 1976, making them the first ever mother and daughter to both appear nude in the magazine.

The October 1971 issue of Playboy marked a milestone for the magazine – the first time an African-American woman appeared solo on the cover. Darine Stern posed for the cover – a move that launched her successful modelling career. The Dynasty star not only posed nude in Playboy but broke age barriers by doing so at age 50 in 1983 – the same year she won a Golden Globe for her portrayal of Alexis Carrington on the long-running prime-time soap. Not only did Basinger’s famed 1983 Playboy spread significantly raise her profile – of course, her role as Bond girl Domino Petachi in Never Say Never Again around the same time also played a part in that – she is also the answer to the trivia question: “Who is the only person to both appear in Playboy and win an Oscar?” The former Zoomer cover person made her first Playboy appearance in 1989 at age 22 and has since graced the cover of the magazine more times than any other model. She’s also featured on the cover of men’s mag FHM this month, making her, at age 48, the oldest cover model in that magazine’s history.

Sharon Stone’s nude pictorial graced the pages of Playboy in 1990 around the same time her film, Total Recall, which also starred Arnold Schwarzenegger, hit theatres. The one-two punch of the film and pictorial made her a star two years before her film Basic Instinct made her a household name. Fawcett – the famed poster girl of the 1970s and former Charlie’s Angels star – refused offers to do nude scenes in film for years. However, at age 48 in 1995, she disrobed for her first Playboy centrefold. Two years later, after celebrating the big 5-0, Fawcett appeared fully nude in a pictorial that saw her soak her body in paint and then spread it across a large canvas. There was even a home video released to accompany the shoot. Four of the world’s most famous supermodels have graced the cover and pages of Playboy, beginning with Cindy Crawford.

The quintessential supermodel of the 1980s and 1990s, Crawford appeared in Playboy twice – in 1988 and 1998 – photographed both times by famed photographer Herb Ritts. Playboy also voted her the fifth sexiest star of the 20th century which, when you actually think about it, is a list that would include almost every major pre-Kardashian pop culture sex symbol.

Elle Macpherson appeared on the cover of Playboy in 1994, after she says the media were contacting her ex-boyfriends to obtain nude images of her following her body-baring turn in the film Sirens. Macpherson’s cover is notable for the fact that one version of it contains no cover lines. Rather, the throwback design sees a topless Macpherson seated on the floor, wearing only nylons, and the text, “elle…” in black letters next to her. Like Crawford, Macpherson was also photographed by Herb Ritts. Macpherson has also noted that she bought her mother a house with the money she got from her Playboy shoot.

Naomi Campbell, meanwhile, landed the last cover of the 20th century – the December 1999 cover, which boasted a holiday theme and the supermodel in a fur coat, winter hat and a few thin pieces of fabric they call a bikini.

And last year, photographers Mert Alas and Marcus Piggott captured Kate Moss in the classic Playboy bunny ears and tail and black leotard for the cover of the magazine’s 60th anniversary edition, styled perfectly retro and as captivating as ever just a month shy of her 40th birthday.