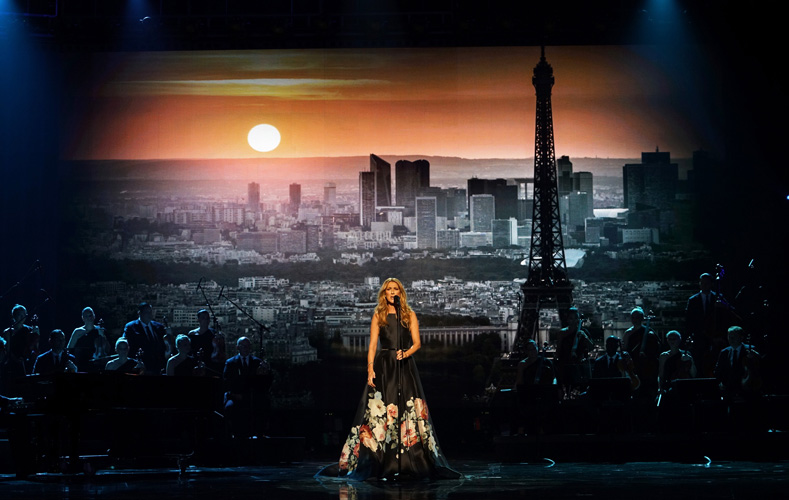 The Canadian singer performs in honour of victims of terrorist attacks.

A little over a week after the terrorist attacks in Paris that claimed 130 lives and injured more than 360 people, it was a familiar Canadian voice paying tribute to the French victims during Sunday evening’s American Music Awards broadcast.

Celine Dion, 47, took the stage at the award ceremony to perform a stirring rendition of Edith Piaf’s “Hymne à l’amour” along with a live orchestra against the backdrop of Parisian scenes ranging from the Arc de triomphe to the Eiffel Tower to the Bataclan concert hall where one of the attacks took place.

The performance followed an introduction by actor/musician Jared Leto, who noted, “France matters, Russia matters, Syria matters … the entire world matters and peace is possible … Many of us here are the sons and daughters of immigrants.”

Dion’s performance left many in the audience in tears and proved the most moving element of the show, which saw a number of awards handed out as well as performances and an appearance from Harrison Ford, who introduced a tribute to the upcoming Star Wars: The Force Awakens.

See the video above for Dion’s performance.