Soprano Sondra Radvanovsky to Serenade Toronto for One Night Only 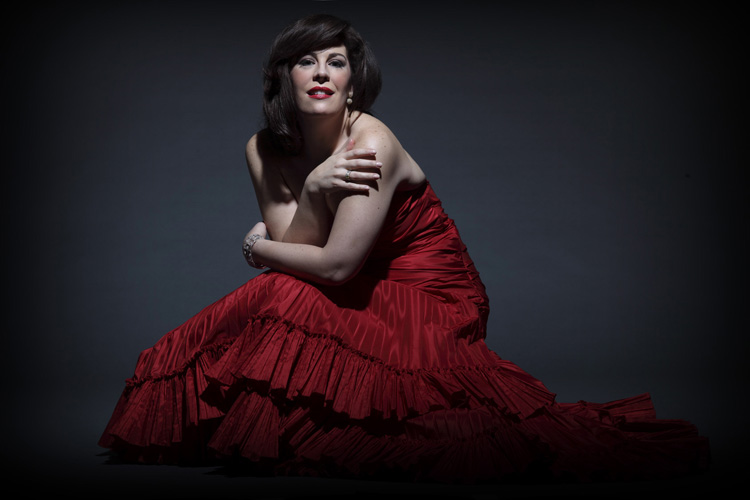 At 46, the famed opera star is “singing the best I’ve ever sung in my life.”

Between frequent trips to NYC where she’s making history this season at the Metropolitan Opera, Canadian-based diva Sondra Radvanovsky is giving her Toronto fans the gift of a recital this Friday, Dec. 4, at Koerner Hall with pianist Anthony Manoli. The soprano, who’s been compared to Maria Callas and Leontyne Price, is the first ever to sing all three of Donizetti’s “Tudor Queens” — Anna Bolena, Maria Stuarda, and Queen Elizabeth I in Roberto Devereux — in a single season at the Met. The regal feat has been called “the talk of the New York classical music season.”

American-born Radvanovsky became an Ontario resident in 2001 when she married Canadian Duncan Lear. She performed the Roberto Devereux role last season at the Canadian Opera Company, opened the COC 2010 season as Aida and says she’ll be appearing on the COC stage every season. The singer and her business manager-husband live in Caledon but spend ten months each year travelling to the world’s grand opera houses where Radvanovsky is recognized as one of the greatest Verdi prima donnas and 19th Century Italian opera sopranos of her generation.

Coming home to Caledon, she says, “recharges my batteries. We have the most beautiful house with 20 acres of forest and pond and wildlife. It’s the antithesis of New York City.” She adds, “For two months in summer, I didn’t put make-up on once.”

In her home gym, she “blasts” the music for her fitness routine. The playlist includes not only upcoming roles and her recital music but also ‘90s pop music. “I like Kelly Clarkson, Michael Jackson, Styx, Air Supply.”

At 46, Radvanovsky is high-profile proof that maturity brings benefits. “I took awhile to bake,” she says. “My voice didn’t develop right away and starting out, they want you to be cookie cutter in this business, and I don’t have a cookie-cutter voice. It’s a very dark colour but like pointed steel, it cuts through. It’s been compared to a viola or oboe.”

Along with the ripening of her voice has come the benefit of experience, she says. “I’ve learned to pace myself, to be more economical with my voice. I’m singing the best I’ve ever sung in my life at 46.”

Click here for show information or to purchase tickets.