Between the Lines … with Paul Sorvino 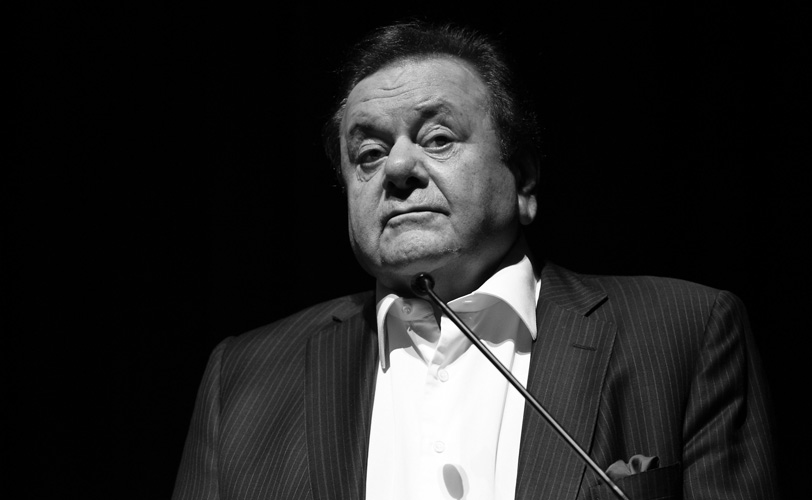 Sorvino talks his new film, “Cold Deck,” and why he initially hated “Goodfellas.”

“Where are your people from in Italy?” actor Paul Sorvino, the man who played Paul “Paulie” Vario, caporegime in the mob film Goodfellas, asks me a moment after learning of our shared heritage.

“We’re Sicilian,” I reply, thinking to myself how, as a paisan who grew up with the legendary flick, this whole scene seems a little surreal.

“Sicily? Well then, you make [tomato] sauce with raisins and sugar,” he chuckles. “You make the ragù with meat, raisins, sugar, every f**king thing you can find. That was all started by the Godfather – ‘the trick is, put a little sugar.’ Well, we Neapolitans don’t do that.”

For the record, I’ve never eaten tomato sauce with raisins, but I didn’t tell Sorvino that. Who am I to argue with one of the great (fictional) mobsters in cinema history? And when you see him in his latest flick, Cold Deck, you won’t argue either. In the poker heist film, which opens this weekend in Toronto before debuting on video-on-demand in the New Year, Sorvino’s character, Chips, is a ruthless poker ace who will literally sacrifice his own friends to stay on top.

I spoke with Sorvino about Cold Deck, why he originally hated Goodfellas and even snagged a recipe for his mother’s famous tomato sauce (note: no raisins required).

MIKE CRISOLAGO: What was it about Cold Deck that caught your attention?

PAUL SORVINO: Well, it was different. I had never really done anything in that vein. I’ve played a gambler a couple of times but this was different. It was a gangster gambler. It was interesting.

MC: Did you enjoy your time filming in Toronto?

PS: Oh yeah, I like Toronto. I’ve done many films there. It was very good. In fact, it was kind of a very special time because when we made the movie up there last year, which was Nov. 11, that’s the day I proposed to my wife at [co-star] Stéfano Gallo’s house. So that made it even better.

MC: In this film you’re not a nice guy—

PS: [Laughing] No, no I’m not. Usually even my bad guys are sort of good. This guy’s no good.

MC: And you’re known for playing everything from good guy cops to gangster bad guys. Is one sort of character more fun to play than the other?

PS: The reality is, I’ve played very few meanies, maybe three or four in my entire career of 185 movies. But I would say that once in a while it’s good [to play them] because it leavens the whole thing. There’s [only] so many good guys you can play.

But generally speaking I play either “bad” good guys, like in Goodfellas, because he’s not a bad man. It’s just, he’ll have you dead if doesn’t’ think you’re doing the right thing. He’s got honour. It doesn’t matter to me. It depends on the quality of the role.

MC: Is there a type of character you won’t play?

PS: Generally speaking, I will not play degenerates, I will not play Hitler, I will not play characters that are so unregenerate that they make your spine crawl. I wouldn’t do that. I won’t enter into the universal unconscious in that manner. Just my nature – I just won’t do it.

MC: This year marked the 25th anniversary of Goodfellas. How does it make you feel to know how much people still love this film?

PS: I’m not amazed because it’s a great movie. It holds up. It could have been shot yesterday. The acting and the direction and the editing and the music and the story … it will play 100 years from now just as well as it plays now.

Once I became acclimated to the fact that it’s a great movie – it took me about three hours because when I first saw it I said, “This movie is excessively boring and excessively violent and I’m boring in it.” And everyone sitting around me said, “Paul, you’re making a mistake.” It blew back my ears because I was so stunned by it that I lost all my objectivity and I went into a funk. And then about three hours later I said, “Wait a minute, I think that’s a great movie and I think I’m pretty good in it.” And no one man is responsible for that. I mean, of course, Scorsese is the skipper of the ship but no one person is responsible. A movie is a very happy confluence of talent, intelligence, luck – so much goes into it. Everything was of the first rate – the highest. Everybody involved, from the biggest to the smallest, were absolutely letter perfect, so when you make a movie like that and it all happens, it’s very rare. I’m not at all surprised. It’s one of the best movies ever made.

MC: When you look at the scope of your career, you bridge generations. You’ve worked with everyone from George Burns to Warren Beatty to Robert De Niro and Lorraine Bracco and Al Pacino. Now you’re with these young kids in Cold Deck. When you’re on a film set now do you take on a mentorship role with the younger performers?

PS: It’s automatic because they kind of gravitate toward me for that … I had a lot of knowledge and expertise at an early age but I was resented for it in those days so of course I couldn’t bring it to bear. Either that or they were jealous or whatever … But now, I seem not to be a threat. I seem kindly and vulnerable and so men are not afraid of me taking their women. I’ve got a beautiful woman of my own. There’s a lot less to worry about now at my age and now I think their better natures take over and they’re ready to be told something. And, of course, I know a great deal.

A lot of people just kind of rely on talent. I don’t. We’ve all got talent. Talent is the cheapest commodity on the planet. Almost all the actors I’ve ever known have been talented in some way. But that’s not the ticket. The ticket is are you ready to do the research for a role? Are you ready to put yourself into the hands of something that’s bigger than you, which is the process by which you become inhabited by the character? So that comes through attention and scholarship and effort. So anybody who just plays by his talent is selling himself short and selling the business short.

MC: I know you used your mother’s recipe for your own line of tomato sauce and I was just wondering if you have any tips for people who want to make their own sauce.

PS: Sure. My suggestion is the simpler the better. Marinara is very easy to make. It’s just tomatoes, olive oil – not extra virgin – and garlic and that’s it. I would say all you have to do is put some regular – not extra virgin – olive oil in a pan and then throw some onions in it and caramelize it a little bit, then throw a couple of cans of tomatoes or 10 or 12 Roma tomatoes, skinned, you blanche them and take off the skins, and throw in salt, pepper, basil and cook it for half an hour and you’re done. And a pinch of oregano – not a lot. And then you have a most delicious tomato sauce.

Cold Deck is playing now at the Carton Cinema in Toronto.