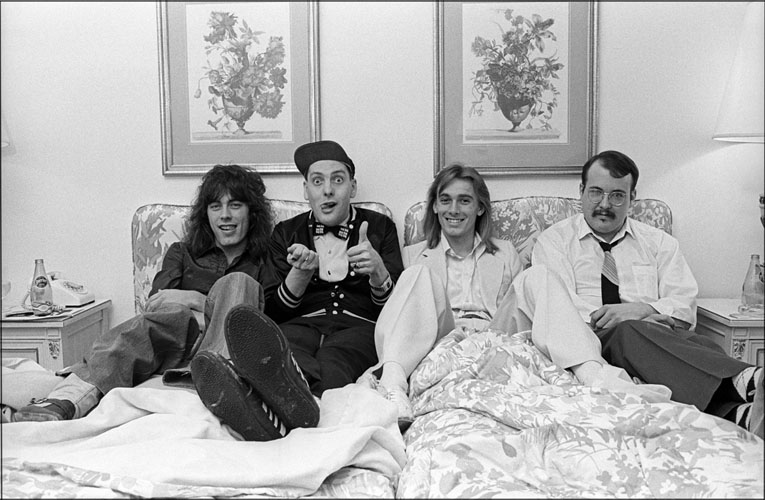 The 2016 inductees announcement echoes like soft rock at a heavy metal concert.

We can only imagine the 2016 Rock and Roll Hall of Fame inductee deliberations went something like this:

“Well, we’ve got one spot left and two possible inductees: Janet Jackson and Cheap Trick. On one hand, there’s one of the most in-demand artists of her generation, a singer who scored 18 consecutive Billboard top 10 hits (more than any other female artist), has outsold most artists of any generation, has earned more awards than most artists of any generation and has proven hugely influential as both an artist and performer. On the other hand, there’s ‘I Want You to Want Me.’ Gentlemen, I think the choice is clear.”

And so we arrive at this morning’s announcement of the Rock and Roll Hall of Fame’s class of 2016, met with a resounding chorus of “Oh yeah, I like those guys.” That’s because aside from rappers N.W.A. – a pioneering and hugely influential hip hop group – the roster reads like a mid-afternoon classic rock radio playlist.

Not to take anything away from the other inductees – Cheap Trick, Chicago, Deep Purple and Steve Miller. Indeed, there is far more to Cheap Trick than just “I Want You to Want Me.” And we’ve all belted out Steve Miller’s “The Joker” on a hot summer afternoon while alone and sloshed in the kiddie pool in the backyard (we have all done that, right?). And no one can take away Chicago’s chart success and their tally of 100 million records and counting sold – an accomplishment Deep Purple also shares. But if you’re a fan of dividing and classifying artists into categories such as those who are Hall of Fame worthy and those who aren’t, then you also have to acknowledge that certain artists should clearly come ahead of others.

And a glance at inductees from recent years – from Ringo Starr, Joan Jett and Lou Reed in 2015 to Nirvana, Peter Gabriel and Linda Ronstadt in 2014 to Quincy Jones, Donna Summer and Rush in 2013 – illustrates the level of star power and influence one expects from a hall of fame headliner while putting into perspective the level we’re given for 2016. It also reveals a glaring omission among the recent inductees – a female artist. And it’s hard to believe that Janet Jackson, 49, nominated this year for the first time since she became eligible in 2007 (a staggering stat in its own right) wouldn’t have rectified all of those issues on her own.

It’s ironic given the point raised by the New York Times that, “The music world has been closely watching the results of the secretive Rock Hall process, after the organization this year dismissed a large contingent of its influential nominating committee and, according to reports, made an effort to expand its membership with younger voters and more women.” Given these most recent inductees, that membership needs to keep expanding.