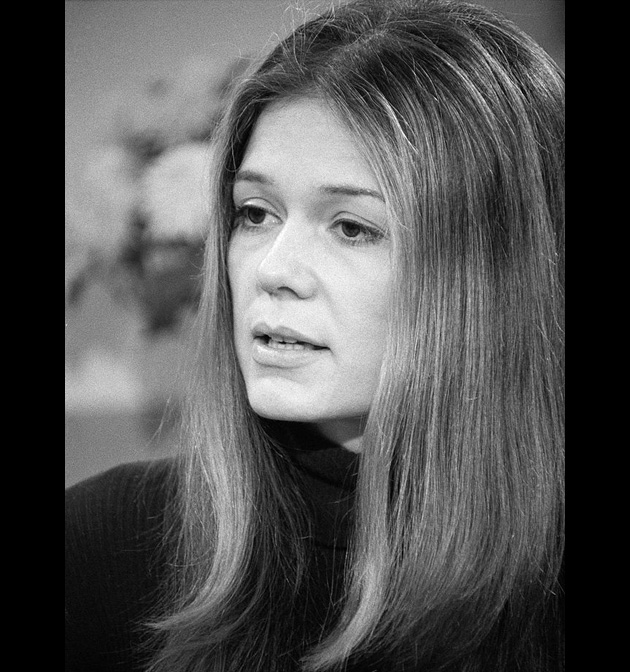 At 81, Steinem is travelling the world, giving countless, thoughtful interviews to promote her new memoir, My Life On The Road, her first book in 20 years.

The book begins with a touching dedication.

“This book is dedicated to: Dr. John Sharpe, of London who in 1957, a decade before physicians in England could legally perform an abortion for any reason other than the health of the woman, took the considerable risk of referring for an abortion a 22-year old on her way to India.

“Knowing only that she had broken an engagement at home to seek an unknown fate, he said, ‘You must promise me two things. First, you will not tell anyone my name. Second, you will do what you want to do with your life.’

“Dear Dr. Sharpe, I believe you, who knew the law was unjust, would not mind if I say this so long after your death:

“I’ve done the best I could with my life.

And this week, Steinem cleverly focused attention on some of the biggest issues and crises of the day by listing, on Facebook, the 10 things she most wants for Christmas.

She’s given the most attention to Donald Trump, deservedly, in Number 10 and Number 9.

10. “An abject apology from Donald Trump for being a Birther; anti-immigrant; a builder of buildings that look like big Dunhill cigarette lighters; the world’s most punishing source of Green Cards for women who marry him to get one; daring to rate women as no longer Tens when he himself has never been a One; going bankrupt multiple times in order to stick other people with his bad-judgment debt; pretending he ever hit a home run when actually, he was born on Third Base — and oh, yes, setting the hair weave industry all the way back to Rogaine.

9. If Trump doesn’t apologize, I wish us all the gift of remembering that Hitler was democratically elected — in a low voter turnout.

Down the list, Steinem wishes for less Uber (because they’re driving out of business taxis that offer rides to disabled people), less American state money spent on prisons and more on education, and, now that girls are being raised more like boys, for boys to be raised more like girls.

She wishes for more recognition for the the fact that the great gift of Black Lives Matter was created by 3 young black women: Alicia Garza, Opal Tometi and Patrisse Cullors — and that has led to 3 great organizing guidelines:
– Lead with love
– Low ego, high impact
– Move at the speed of trust

And she wishes to show appreciation for U.S. President Obama — “ for surviving ultra-right-wingers who, if they had cancer, and Obama had the cure, wouldn’t accept it.”

Steinem wishes, repeating a riff on the internet, that “any young men who buy a gun to be treated like young women who seek an abortion. Think about it: a mandatory 48-hours waiting period, written permission from a parent or a judge, a note from a doctor proving that he understands what he is about to do, time spent watching a video on individual and mass murders, traveling hundreds of miles at his own expense to the nearest gun shop, and walking through protestors holding photos of loved ones killed by guns, protestors who call him a murderer.”

Her Number 1 wish, is both touching and, seemingly, uncharacteristically, selfish.

But it’s not really selfish. Because it’s what we wish for, too.