Alan Rickman, British Star of Stage and Screen, Dies at 69 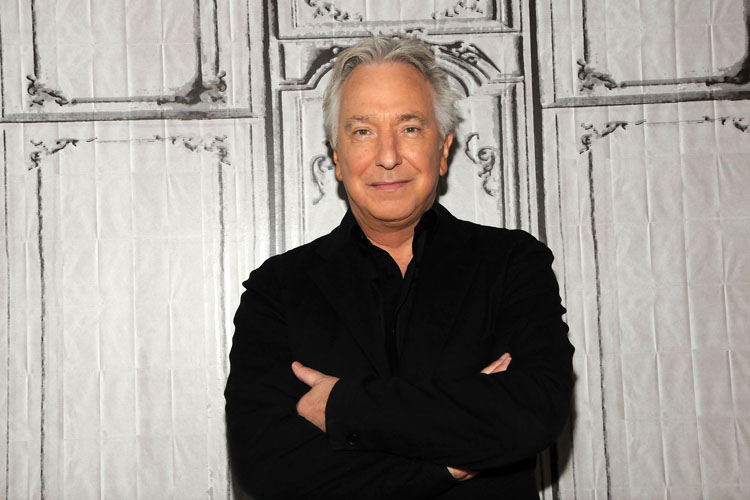 Alan Rickman, esteemed British star of stage and screen who became best known in North America for his roles in Die Hard, Sense and Sensibility, Love Actually, Robin Hood: Prince of Thieves and most recently as Severus Snape in the Harry Potter films, has died. He was 69. A statement from his family said the actor passed away from cancer while surrounded by loved ones.

A member of the Royal Shakespeare Company in his native England, Rickman gained renown for his stage work beginning in the early 1970s. In 1985, he received a Tony nomination for his role as Vicomte de Valmont in Les Liaisons Dangereuses.

It was in Hollywood, however, where Rickman gained his greatest fame, often playing villainous parts. His big Hollywood break came when he landed the role of antagonist Hans Gruber opposite Bruce Willis in the first Die Hard film – an opportunity Rickman said he almost turned his nose up at.

Rickman is also set to appear in a number of yet-to-be-released films, including the war drama Eye in the Sky, starring Helen Mirren, and as the voice of the caterpillar in Alice Through the Looking Glass, the Tim Burton-produced film starring Johnny Depp. The actor also won numerous awards for his work, including a Golden Globe in 1996 for Best Actor in a Miniseries or TV Film for playing the title role in Rasputin: Dark Servant of Destiny.

Rickman was born in London on Feb. 21, 1946. He married his wife, academic and politician Rima Horton, in 2012, though the pair had dated since 1965. He is survived by Horton, two brothers and a sister.