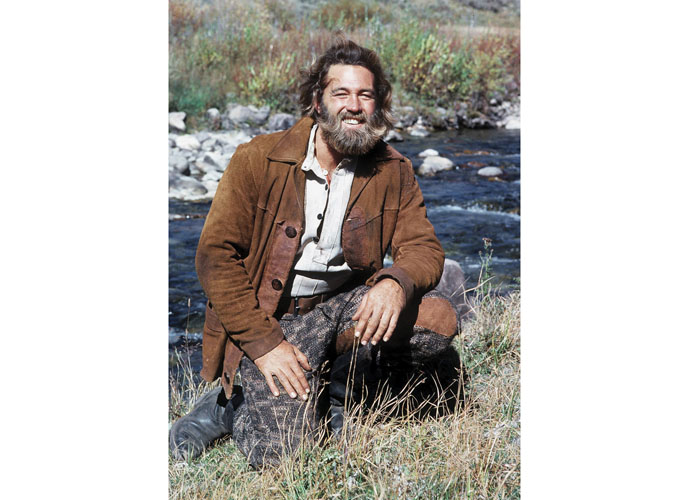 Dan Haggerty, the bearded actor best known for his role as Grizzly Adams in the 1970s film and television series The Life and Times of Grizzly Adams has died. He was 74. Haggerty passed away after a brief battle with spinal cancer.

Born on Nov. 19, 1941 in Pound, Wisconsin, Haggerty left his family – which raised wild animals – to pursue a career in Hollywood in his late teens. Though he gained his greatest notoriety from playing the famed frontiersman with his pet bear, Haggerty played a number of roles in his near six decades in show business, from smaller parts in films like Frankie and Annette’s Muscle Beach Party to Easy Rider and television shows like Charlie’s Angels and The Love Boat. At various times he also worked as a stunt man, a set builder, product spokesman for infomercials and even an animal handler – a job that foreshadowed his most famous role. It’s reported that Haggerty also kept wild animals, such as a tiger and a leopard, on his family ranch.

He played a Grizzly Adams-esque character in the 1997 film Grizzly Mountain and the sequel Escape to Grizzly Mountain in 2000. His most recent role came in the 2013 B-level horror flick Axe Giant: The Wrath of Paul Bunyan.

Haggerty is survived by his five children – Megan, Tracy, Cody, Don and Dylan – and two grandchildren, as well as five siblings.