Glenn Frey, Founding Member of The Eagles, Dies at 67 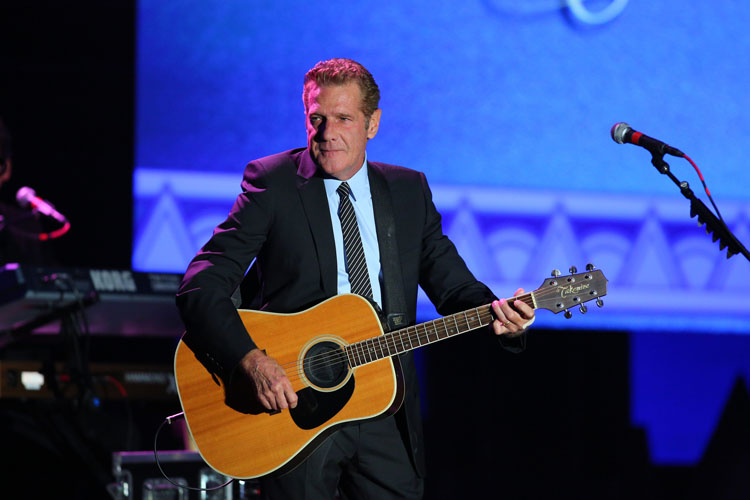 Glenn Frey, founding member and guitarist for legendary rock band the Eagles, who went on to a successful solo career in music and acting, has died. Frey passed away earlier today from rheumatoid arthritis, acute ulcerative colitis and pneumonia which, according to a statement on the Eagles’ website, he’d battled for several weeks. He was 67.

Born on Nov. 6, 1948, in Detroit, Frey’s big break came when he performed alongside future Eagles bandmates Don Henley, Bernie Leadon and Randy Meisner as a back-up band for Linda Ronstadt in the early 1970s. Shortly thereafter, the foursome formed the Eagles, and Frey co-wrote some of the band’s best-known hits, including “Hotel California,” “Tequila Sunrise” and “Take It Easy” among many others. He won six Grammy Awards with the group.

A decade later, Frey embarked on a solo career, notching two gold albums (1982’s No Fun Aloud and 1984’s The Allnighter) and releasing hits songs like “The Heat Is On,” “The One You Love,” “Smuggler’s Blues,” “Sexy Girl” and “You Belong to the City.” He also ventured into acting, with parts on TV shows like Miami Vice and in films such as Jerry McGuire.

Frey rejoined the Eagles when the band reunited in 1994 and released his last solo album, After Hours, in 2012.

The full statement on Frey’s passing from the Eagles’ website reads:

“It is with the heaviest of hearts that we announce the passing of our comrade, Eagles founder, Glenn Frey, in New York City on Monday, January 18th, 2016.

Glenn fought a courageous battle for the past several weeks but, sadly, succumbed to complications from Rheumatoid Arthritis, Acute Ulcerative Colitis and Pneumonia.

The Frey family would like to thank everyone who joined Glenn to fight this fight and hoped and prayed for his recovery.

Words can neither describe our sorrow, nor our love and respect for all that he has given to us, his family, the music community & millions of fans worldwide.”