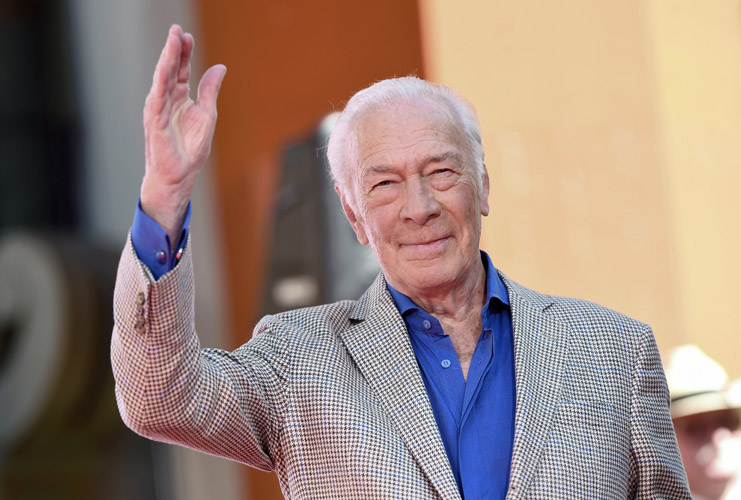 Plummer, already the oldest Oscar winner in history, is nominated for Best Performance by an Actor in a Leading Role for his starring turn in the dramatic film Remember. A win at age 86 would also make him the sole claimant to the title of oldest CSA winner ever – a title he currently shares with fellow Canuck Gordon Pinsent, both of whom won acting honours at the CSA’s at age 83. Remember is nominated for four CSA’s, including Best Picture.

Canadian scribe Emma Donoghue, 46, picked up a Best Adapted Screenplay nod for The Room, based on her novel – the same honour she received an Oscar nomination for last week. The Room, eligible for the CSAs because it was partially funded by Telefilm Canada, as was the film Brooklyn, leads all film nominees with 11 nods. Both The Room and Brooklyn are also nominated for major honours at this year’s Academy Awards.

Another Canadian author, Lawrence Hill, 58, picked up a writing nod alongside Clement Virgo on the television side for the CBC miniseries adaptation of his tome The Book of Negroes. Virgo, 49, also received a best director nod while the miniseries earned 12 nominations total, including Best TV Movie or Limited Series.

Meanwhile, the CBC comedy Schitt’s Creek racked up a whopping 15 nominations in total, with Best Actor/Actress nods for stars Eugene Levy, 69, and Catherine O’Hara, 61 as well as one for Best Comedy.

Now in it’s fourth year, the Canadian Screen Awards, presented by the Academy of Canadian Cinema and Television, an amalgamation of the former Gemini and Genie Awards, celebrate the best in Canadian film and television. This year’s ceremony, hosted by Norm Macdonald, airs live from The Sony Centre for the Performing Arts in Toronto on March 13. Click here for the full list of 2016 Canadian Screen Award nominees.