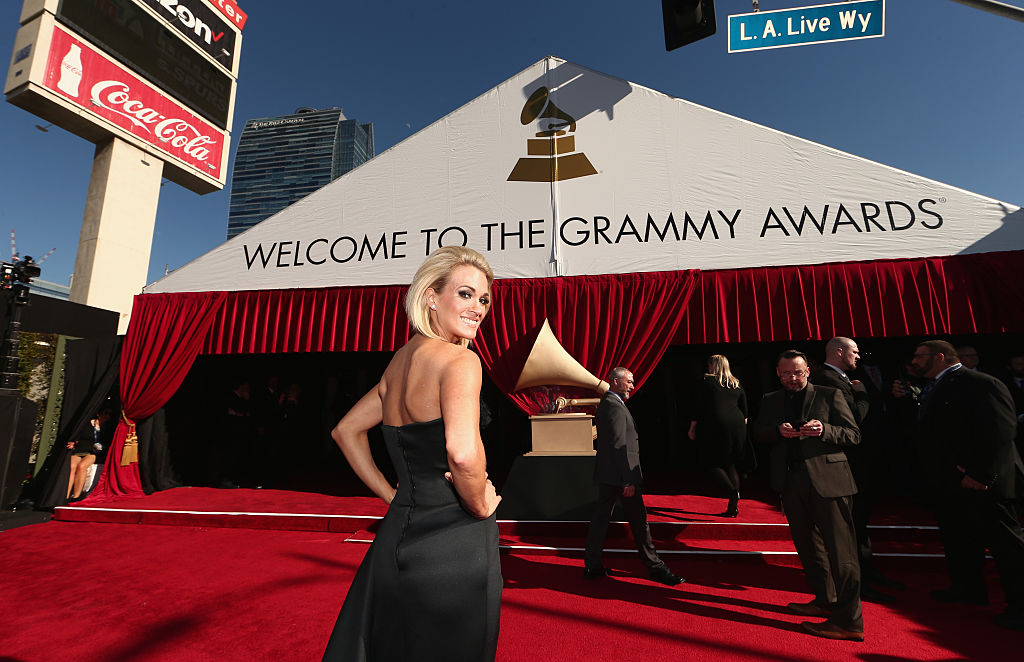 When it comes to the Grammys, pop stars and musicians usually take a fun, funky or anything-goes approach to dressing. But at the 58th Grammy Awards in LA on Monday, the hottest young musical stars of today took a style page from yesteryear. Not only did a few take inspiration from eras past when big events called for cleaning up and dressing up, but a few also took inspiration from the iconic looks of past musical legends. It was a return to old-school glamour and nostalgia.

We take a look at the young celebs who paid homage to eras past.

Selena Gomez, in a sparkling Calvin Klein Collection gown with sexy cutouts, channels the disco era of the 1970s. Taylor Swift in Atelier Versace, goes for a 1950s debutante-style ball gown but gives it a modern update with electrifying colours, a leg-exposing slit and midriff baring bandeau top. Justin Bieber, the pop world’s current bad boy cleans up his image for one night and slicks back his hair and dons a white tuxedo jacket for a snazzy update on the Rat Pack look. And he took his little brother, Jaxon Bieber. Lady Gaga, who did the musical tribute to the late David Bowie, paid homage to the music icon with a look that could have been right out of his Ziggy Stardust days. Florence Welch goes for a hippie bohemian 1970s look in a Gucci gown.

Demi Lovato goes for the all black power suit look of the 1990s. Actress and singer Zendaya goes for a louche look of the 1970s with a pantsuit from Canadian label, Dsquared2.

Carrie Underwood in an elegant draped black gown, channels the glamour of the screen sirens of the silver screen of old Hollywood. Also adopting the bombshell look of the screen sirens of yesteryear, Arianna Grande vamps it up on the red carpet in a mermaid tail gown.