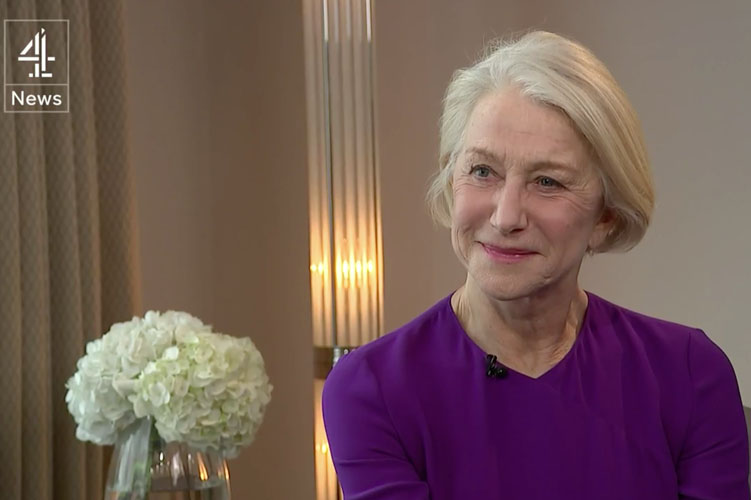 Another older, successful white actor has weighed in on the #OscarsSoWhite debate. Before that cringe runs up your spine, though, don’t worry – it’s Dame Helen Mirren.

During a few week span where Charlotte Rampling, 69, said that the discussion over why no actors of colour have been nominated for any acting Oscar for two years now, despite many worthy candidates, is “racist to whites” and Michael Caine, 82, implored actors of colour to “be patient” – chronicled at length in a piece on the (not so) black and white debate about Oscar diversity last week – Mirren’s more measured approach is a welcome change.

When asked about the debate by the U.K.’s Channel 4 News, she echoed similar sentiments to those of director Spike Lee, among others, who’ve noted any real change in terms of diversity in Hollywood has to begin in the Tinseltown boardrooms where the decisions of what stories to tell, what films get the green light, who will be cast in them are made.

“I think it’s unfair to attack the Academy,” the 70-year-old Oscar-winner began. “It just so happened this year, it went that way. And one of the reasons it went that way – Idris Elba absolutely would have been nominated for an Oscar [for his role in Beasts of No Nation]. He wasn’t because not enough people saw, or wanted to see, a film about child soldiers.”

Then, when interviewer Jon Snow asked her if she was excusing the Oscars’ lack of diversity, she replied:

“No. I’m saying that the issue we need to be looking at is what happens before the film gets to the Oscars, what kind of films are made and the way in which they’re cast, and the scripts. Go all the way back to the writing of the scripts. So, it’s those things that are much more influential, ultimately, than who stands there with an Oscar.”

Mirren also that noted she won’t be at the Oscars but that she’s not boycotting them. Though she wasn’t nominated for an Academy Award this year, she was nominated for numerous other awards, including A Golden Globe and a SAG Award, for her role as Hollywood gossip columnist Hedda Hopper in the film Trumbo. She won an Academy Award in 2007 for Best Actress for her role as Queen Elizabeth II in the film The Queen.