By George! Clooney Says He May Be Getting Too Old to Act 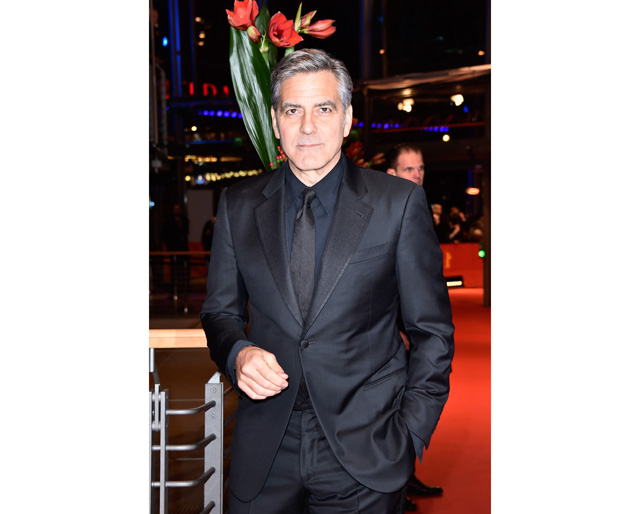 Will somebody please get George Clooney some anti-aging cream and a tissue?

I mean, you wouldn’t think a rich, famous, Oscar-winning Hollywood legend with a brilliant and beautiful wife, a home in Italy and the world at his fingertips has anything in common with regular schmoes like you and I. And, in reality, he doesn’t. Except for the fact that, according to a recent interview, he seems to harbour some very real insecurities about aging.

“I think nobody really wants to see anybody really age,” Clooney, 54, said in an interview with the BBC, where he announced that he may shift from acting to directing because of his advancing years.

“You know, it’s a very unforgiving thing, the camera is, and so aging becomes something that you know, you try to do less and less onscreen. You try to pick the films that work best for you and as you age they become less and less.”

So Clooney’s afraid of a few wrinkles – a strange notion coming from a bona fide sex symbol who’s only grown more attractive with age. After all, George’s short, salt and pepper hair and dreamy gaze won him the hearts of women around the world during his tenure on ER, not to mention two turns as People magazine’s “Sexiest Man Alive” – the latter of which came in 2006, when he was 45 – which is more than we can say for the mop-mane look he boasted in the 1980s when he appeared on shows like Golden Girls and Roseanne.

But forget the fact that George only gets better looking with age. It’s become increasing clear that in Hollywood these days, grey equals pay. In terms of Clooney’s fellow leading men just ask Sylvester Stallone, who’s Expendables franchise is so popular and profitable it helped spawn the “geriaction” genre – a category that breathed new life into the careers of men from Liam Neeson to Kevin Costner to Arnold Schwarzenegger.

And there was nothing unforgiving about Stallone’s turn as an aging Rocky Balboa in Creed last year. In fact, it earned him more critical praise than he’s enjoyed in decades, not to mention a slew of awards and even his first Oscar nomination since the original Rocky.

A few grey hairs or crow’s feet haven’t managed to slow down Morgan Freeman’s career, or Christopher Plummer’s, or Denzel Washington’s, or Harrison Ford’s for that matter. The last time I checked, no one was outraged at seeing the actor – who’s about 20 years older than Clooney – reprise his role as Han Solo in the most recent Star Wars film. The return of leading man Michael Keaton, who made the transition from Batman in the 1990s to Birdman in 2015, was greeted with enthusiasm and award recognition. Heck, throw Clint Eastwood on the big screen at age 85 and audiences will buy that he can still lay the smackdown on opponents a fraction of his age.

And that’s just the men.

The leading ladies – as Clooney noted in the same interview – have it far worse when it comes to scrutiny as they age, yet actresses who run the gauntlet of the 45+ age range, from Meryl Streep to Dame Helen Mirren to Viola Davis to Jane Fonda and Taraji P. Henson, are some of the hottest, most in demand talents in Tinseltown. They refuse to let age put a wrinkle, so to speak, in any opportunities to find and perform meaningful roles.

From action flicks to comedy to high drama and rom-com couplings, the opportunities for stars of a certain age in Hollywood are arguably better now than they’ve ever been. And as for Clooney’s contention that no one wants to see anybody age, that’s partly true because, in reality, age is becoming less and less of a factor. Instead, audiences want to see them act, sing, dance, tell stories, captivate and inspire, regardless of their age.

But if George’s age has him feeling a little shy, he’s more than welcome to step behind the camera. However, if he’s worried about being embarrassed by how he appears on screen, let’s not forget his directorial efforts like Leatherheads, or The Monuments Men.

There isn’t a wrinkle cream in the world that can make those bad reviews disappear.