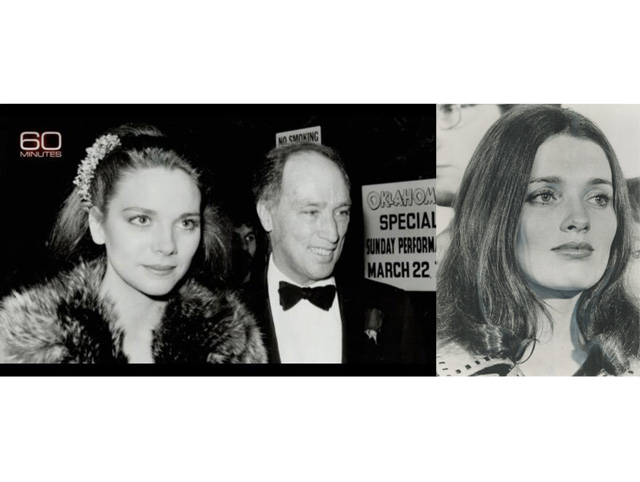 Photo of Kim Cattrall courtesy of the actress's Twitter

The imagined conversation between 60 Minutes producers before the broadcast of last night’s interview with Prime Minister Justin Trudeau:

Producer 1: Did you get that image of Justin’s parents, Pierre and Margaret Trudeau, that we need to include?

Producer 2: I did. But it’s weird – Margaret Trudeau looks a lot like Samantha from Sex and the City.

Producer 1: She was played by a Canadian actress. And you know how those Canadians all look alike, with all the snow and the heavy coats. Just run the picture.

And that might just be how an interview with Prime Minister Justin Trudeau wound up as the sort of absurd mix of politics and irony that you don’t usually find this side of Donald Trump. But there it was, last night, when on the same episode of 60 Minutes in which Trudeau noted that Canadians wished Americans would “pay attention to us from time to time,” an image of his father, Pierre Trudeau, flashed on the screen alongside a woman credited as his wife Margaret Trudeau.

Except it wasn’t. Not even close. Not by a long shot.

No, the woman in the image was Canuck actress Kim Cattrall, who expressed surprise herself upon learning she was the wife of the then-Prime Minister. “I have a son who is the Prime Minister of Canada? I couldn’t b more proud,” she tweeted after the broadcast.

It’s unclear how the mix-up happened, given the two women are both are well-known personalities in their own right. I mean, we know Pierre had some notable girlfriends – Barbra Streisand, Liona Boyd and Margot Kidder – but there is only one Margaret Trudeau.

Still, despite the error, it’d be interesting to see a 60 Minutes follow-up on the life of Pierre Trudeau. You know, his youth, his time as Prime Minister, his mingling with other heads of state. You can almost picture it:

Producer 1: Did you get that image of Pierre Trudeau in Ottawa with the British Prime Minister?

Producer 2: I did. But it’s weird – the British PM and his wife look a lot like John Lennon and Yoko Ono.

Producer 1: Dammit Bill, just insert the photo! You know how Morley Safer gets if we don’t get him his lunch on time!

‘@60Minutes I have a son who is the Prime Minister of Canada? I couldn’t b more proud. @CBCTheNational pic.twitter.com/EiqzzJJjOl