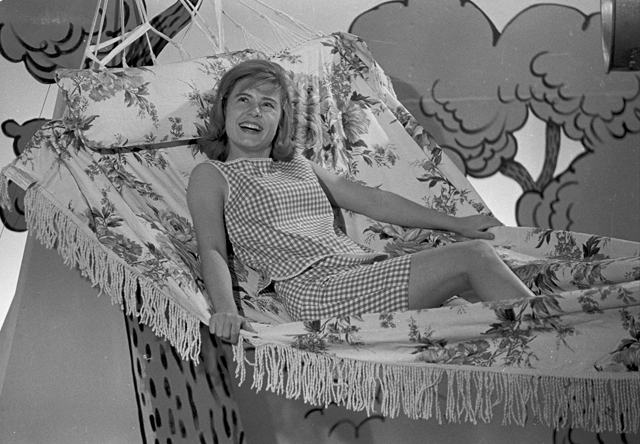 Patty Duke, Oscar-winning actress turned mental health advocate, passed away this week from sepsis from a ruptured intestine, according to her rep. She was 69.

Born Dec. 14, 1946 in New York, Duke’s near six-decade career – which began as a child and continued until her passing – saw her achieve success and accolades on both stage and screens big and small while also becoming one of the earliest and most outspoken advocates for people struggling with mental illness. From her troubled upbringing to professional success and social advocacy, we’ve compiled a list of ­­­­10 things you might not know about Patty Duke.

1) At eight-years-old Duke – who was estranged from her father and being raised by a mother who struggled with mental illness – was put in the care of child talent managers John and Ethel Ross, who also represented her brother. The Rosses reportedly bilked most of Duke’s earnings up to the time she turned 18 while subjecting her to drugs.

2) Born Anna Marie Duke, it was also the Rosses who changed her name from Anna to Patty.

3) Duke wasn’t only an actress. In the early 1960s she also embarked on a music career, recording six albums and two hit songs, “Don’t Just Stand There” and “Say Something Funny.”

5) Duke’s turn as Helen Keller during the near-two year run of the Broadway production of The Miracle Worker – beginning in 1959 – earned her rave reviews. She won the Oscar for portraying the same role in the film version at age 16. At age 17 she landed The Patty Duke Show, making her, at the time, the youngest person to ever have their name above the title of the show on Broadway, the youngest Oscar-winner ever and the youngest person to have a TV show named after them.

6) Producer Sidney Sheldon got the idea for The Patty Duke Show, about identical cousins with varying personalities, from Duke’s own natural behaviour – which was later diagnosed at bipolar disorder.

7) By the time she was 24, Duke had won an Oscar and two Emmys. For her career, she won a total of one Oscar, two Golden Globes and three Emmys and received numerous other nominations. She was also nominated for a Genie Award in Canada for the 1982 Claude Jutra film By Design. For a full list of her awards and nominations, click here.

8) Duke returned to The Miracle Worker decades after it launched her career, this time portraying Helen Keller’s teacher Anne Sullivan. She won an Emmy in 1980 for her role in the TV adaptation. She also directed a production of the play in 2011.

9) Duke opened up about her 1982 bipolar diagnosis in her 1987 autobiography Call Me Anna: The Autobiography of Patty Duke, after which she became a staunch mental health advocate.

10) Married four times, Duke believed either actor Desi Arnaz, Jr., whom she dated, or actor John Astin, her third husband, were the biological father to her son, actor Sean Astin. It turns out neither were. Though John Astin adopted Sean, paternity tests later showed that music promoter Michael Tell, Duke’s second husband of 13 days, was the biological father.