Exclusive: Bob Ezrin and Kanye West – Where the Yeezys At? 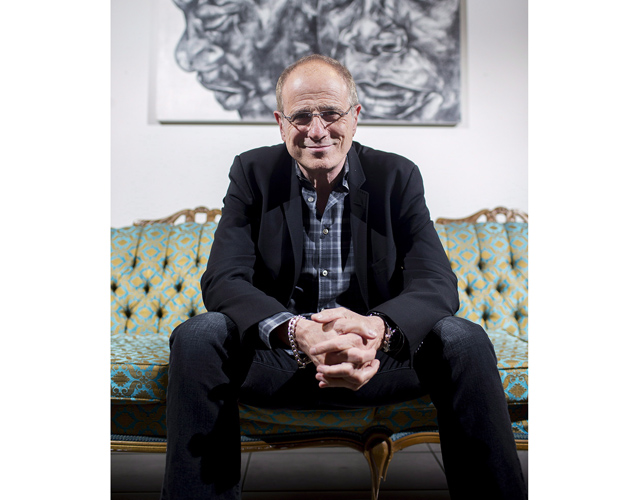 Spotted in Calgary for the Junos this weekend, legendary Canadian music producer Bob Ezrin, when asked about his recent social media feud with Kanye West, noted that the rapper has not anted up.

If you recall, back in February, Ezrin, 67, posted an open letter online where he called West out on his public antics, from his social media tantrums to his constant self-aggrandizing to the quality of his songwriting. West fired back on Twitter with 14 tweets, including these gems:

“Your kids are ashamed of their dad… Sorry for speaking about kids… but could you imagine if you were Bob Ezrin’s kids…,” Kanye began. “I’m so sorry for them… I will send them free Yeezys to make up for the embarrassment that you have caused your family! … And yes I’ve talked to Adidas and we gon hook y’all up with free Yeezys and Adidas. All positive vibes.”

If you say so.

We can’t confirm which style of Yeezy shoe West planned to send – the stylish yet understated Yeezy Boost 350 “Oxford Tan” (retail $1,250 USD), or perhaps the more dynamic Yeezy Boost 350 “Turtle Dove” (retail $1,500 USD). Both are fashionable choices, perfect for hanging out with friends, laying down a new rap track or dodging pesky paparazzi who want a comment about your wife’s most recent nude selfie.

Now, a month and a half after West’s hissy fit, we want to know what’s up with the missing Yeezy’s? Were they sent postage due? Are they stuck at the border? Did FedEx lose them? Are we as disappointed in this turn of events as Taylor Swift during a hijacked award acceptance speech? On the contrary. Just like Swift’s brother, who threw away his Yeezys after Kanye made a NSFW remark about Taylor on his Life of Pablo album, we can assume that Ezrin is glad his kids aren’t walking in Kanye’s shoes.