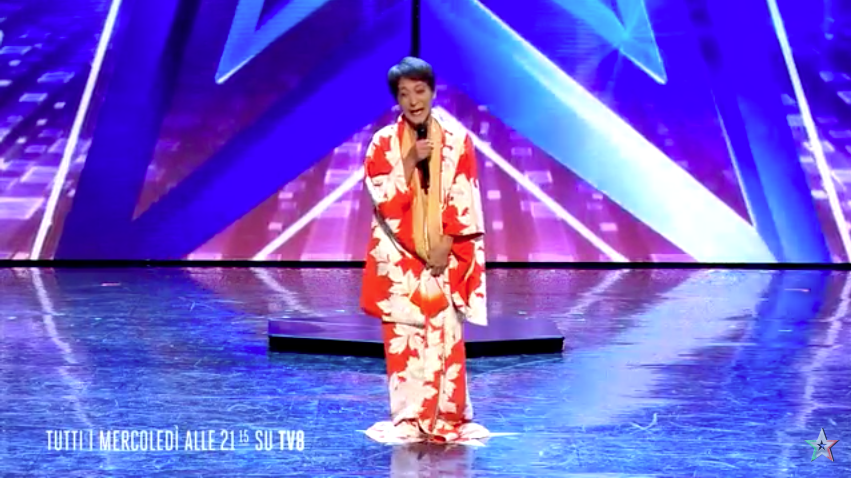 When you think of pole dancing, one assumes you have to be a nubile young person to be able to do the gravity-defying and athletic movements required while swinging from a pole to music.

But a 70-year-old Japanese woman just showed the world you can pole dance, regardless of your age – and in a bikini, no less – as long as you’re in terrific shape and agile.

Going by the name Tomoko, the woman appeared on an episode of Italia’s Got Talent where she told the judges she moved to Italy 43 years ago to study opera and theatre.

Dressed in a beautiful kimono-style floral robe, she walked on stage before the judges and audience – who had no idea what talent she was about to perform.

Disrobing and showing a taut lithe body garbed in a two-piece bathing suit, Tomoko performed a graceful and athletic number, wrapping her body around the pole in the middle of the stage.

Naturally, jaws dropped, and she got a standing ovation and moved on to the next round of the competition.

And people watching this video are left asking themselves – now, what is my excuse again for not exercising?