Adams and Springsteen Nix Shows in Solidarity with LGBT Community 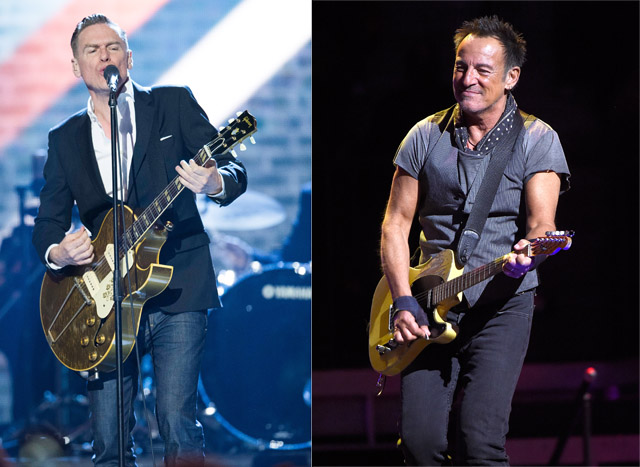 Adams, 56, was scheduled to perform in Biloxi, Miss., this coming Thursday, but nixed the show in protest over a new law that allows everyone from employers and businesses to religious institutions to turn away anyone whose sexual orientation offends their religious beliefs – a measure directly aimed at the LBGT community.

“I cannot in good conscience perform in a State where certain people are being denied their civil rights due to their sexual orientation,” Adams said as part of a statement posted on his Facebook page. “Using my voice I stand in solidarity with all my LGBT friends to repeal this extremely discriminatory bill. Hopefully Mississippi will right itself and I can come back and perform for all of my many fans. I look forward to that day.”

Mississippi has passed anti-LGBT ‘Religious Liberty’ bill 1523. I find it incomprehensible that LGBT citizens are being…

Springsteen, 66, cancelled a concert scheduled for last Sunday in Greensboro, North Carolina, after the state passed the Public Facilities Privacy & Security Act, which forces transgender people to use gender-specific spaces like washrooms and locker rooms based on the gender they were born, not the one they identify with. The law also makes it illegal for them to sue based on discrimination.

“To my mind, it’s an attempt by people who cannot stand the progress our country has made in recognizing the human rights of all of our citizens to overturn that progress,” Springsteen explained in a statement on social media last week. “Some things are more important than a rock show and this fight against prejudice and bigotry — which is happening as I write — is one of them.”