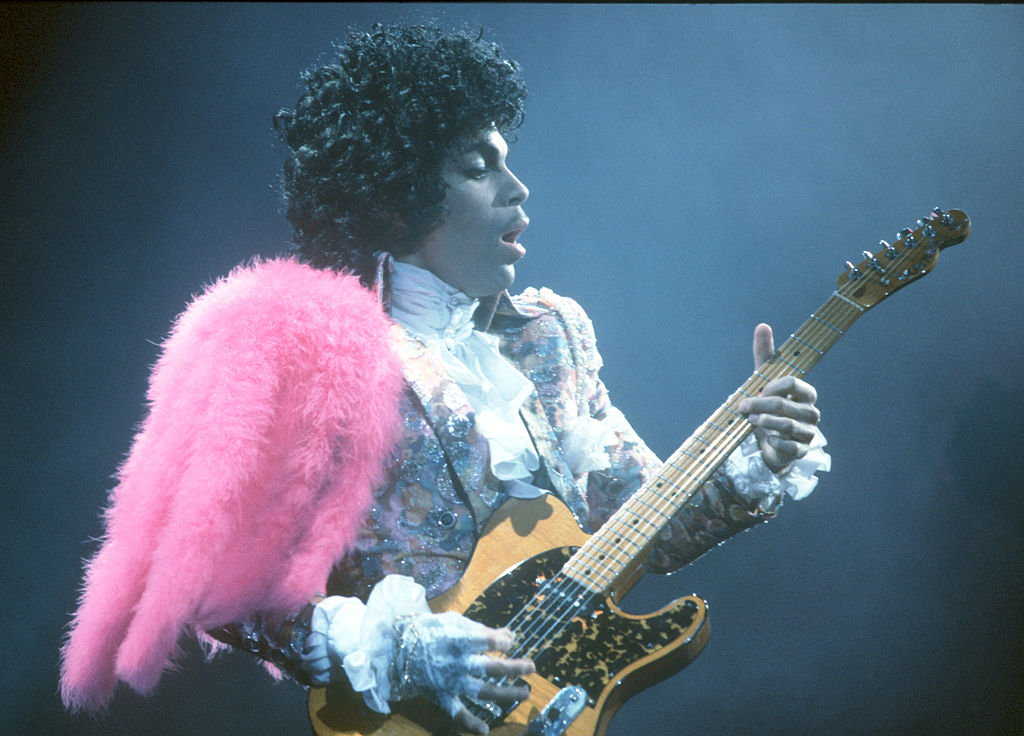 The artist was truly a dandy and cultivated a uniquely sartorial look for himself that was gender blending, incorporating feminine things like lace and ruffles into this wardrobe.

But considering he was one of the biggest musical stars of our times, Prince did not – surprisingly – wield a considerable amount of influence on the fashion world. Not in the way designers are quick to reference other pop stars of his time like David Bowie or Michael Jackson. Even Madonna, the other big pop star from the 80s had teens religiously copying her look of crinolines and crimped hair.

Like his music, where he blended different genres from jazz to soul to rock, he went through many phases with fashion, from the New Romantics look of this Purple Rain phase to the recent years of an almost asexual look of loose tunics and pants.

Perhaps one of the reasons why the fashion world or the mainstream – as much as they loved his music – didn’t readily adopt his sense of style was perhaps its mixture of weirdness, sexual ambiguity and outrageousness. Here was a straight black man who wore heavy eyeliner, frilly shirts, copious amounts of lace, brocades and was always in heels. And at times he pushed the enveloped too far, wearing animal striped bikini briefs on stage with thigh high stockings – to open for The Rolling Stones, no less – and other times wearing pants with the rear cut out or women’s lingerie.

But like most people who break down barriers, Prince was ahead of the times.

Currently in fashion, there is a blurring of women’s and men’s fashions. The new creative director at Gucci has been pushing a look for the men’s line that includes, sheer blouses with pussy bows and brocade suits. And now high heeled boots can be found for men at YSL and wedge heels at Rick Owens. And the hot new label out of Paris, Vetements, is practically genderless.

In recent years, the Artist simplified his look and honed it down to spare looking tunics and pants. His hair, another one of his style signatures, once a riot of curls was now a natural looking afro. When he made an appearance at last year’s Grammy Awards, when he walked out on stage, the audience unaware he was even there, cheered and gave him a standing ovation. The Artist, looked genuinely surprised and humbly taken aback by the love and this warm gesture.

We take a look at some of Prince’s signature looks. Wearing a brocade suit, heavily embellished with pearls and sequins and a ruffled collar and cuff white blouse and accessorized with a pink boa, Prince channelled a New Romantic look. Another feminine fashion element he adopted were polka dots, which he sometimes wore head to toe, as he did here at his concert in Philadelphia in 1998. The Artist also had a penchant for lace as he shows here, wearing an entire outfit made of white lace with ruffles as he performs live at the Fabulous Forum in Inglewood, California in 1995. Prince always wore high heeled boots, even to perform on stage. Most people assumed he wore heels to augment his short stature. But when once asked in an interview why he likes to wear heels, he simply replied, “Because women like them.” The performer was also known for his hair – a riot of curls, which he sometimes accessorized with a bandana. Makeup also played an important part of his image with heavy eyeliner and his facial hair was meticulous and artfully maintained. And his chest hair was often on full display in unbuttoned-to-the-navel shirts. In the most recent year before his passing, Prince pared down his look to simple tunics and trousers, as he did here as he appeared on stage at the 2015 Grammy Awards in L.A. It’s not known if this was because he recently had hip surgery. And his accessories were now limited to just a Zen-like beaded necklace and silver walking stick.