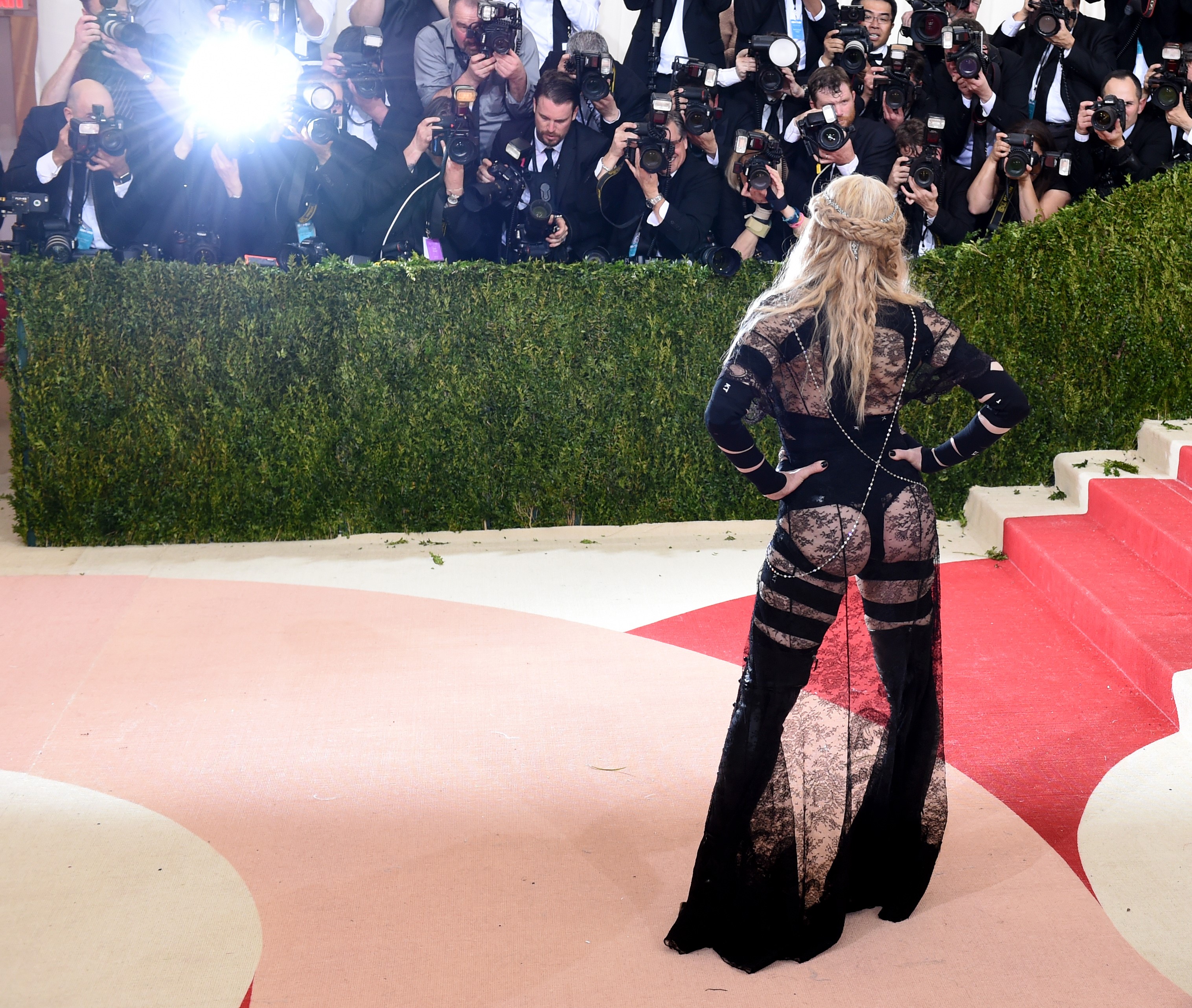 That’s my message to 57-year-old Madonna and every other mature woman who’s being told she’s “too old.”

Too old for what, exactly?

Too old to flaunt your body.

Too old to be in-your-face sexy.

Too old to not be invisible.

Too old to be non-offensive to men.

“Put. It. Away” was the terse tweet Piers Morgan composed after seeing a picture of Madonna in the butt-baring outfit she wore to the Met Ball earlier this week.

Overseen by Vogue‘s Anna Wintour, the ball is one of the most notable fashion and celebrity events of the year. Outrageous gowns and costumes are a given.

Madonna used the occasion to make a statement.

It wasn’t a fashion statement. It was a political statement.

It was also bait for men like 51-year-old Piers Morgan who shudder at the thought, let alone the sight, of the mature female body.

Predictably, Piers took the bait and tweeted: “Put. It. Away.” In other words, “It’s time to become invisible.”

Here are some snippets of what she wrote on Instagram:

“We have fought and continue to fight for civil rights and gay rights around the world. When it comes to women’s rights we are still in the dark ages.…”

“If you have a problem with the way I dress it is simply a reflection of your prejudice.”

“The fact that people actually believe a woman is not allowed to express her sexuality and be adventurous past a certain age is proof that we still live in an age-ist and sexist society.”

“I have never thought in a limited way and I’m not going to start. We cannot effect change unless we are willing to take risks.”

What worries me is not so much that Piers and plenty of others found Madonna’s butt flaunting offensive because of her age.

What worries me most is that the same people who are affronted by Madonna’s rear are amused by Donald Trump’s misogyny and hate Hillary Clinton, all for the same reason:

Older women should just accept invisibility and Put. It. Away.