Nostalgia: 1980s Mini Series Lace & The Most Memorable Line Ever 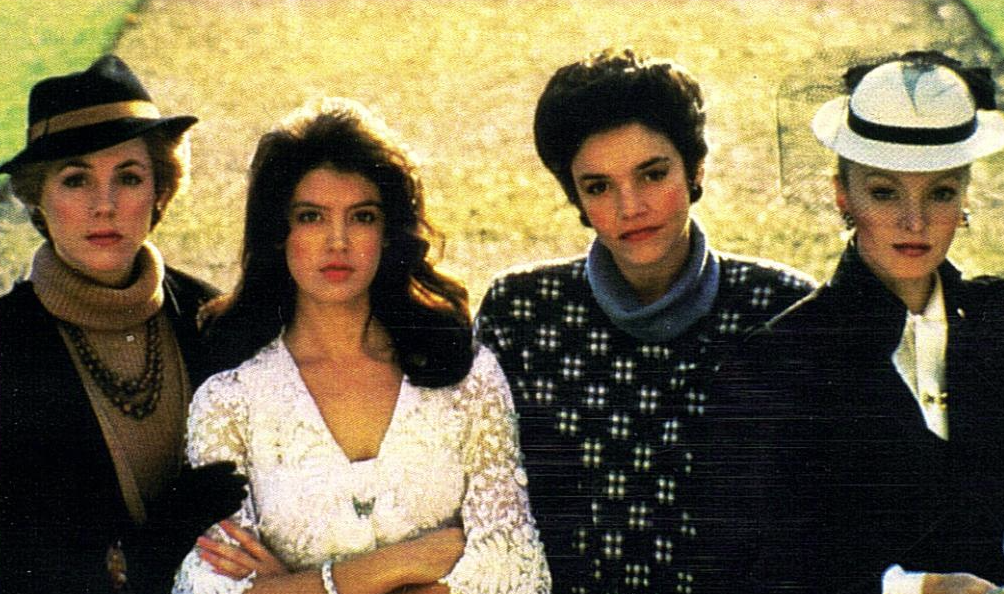 “Incidentally, which one of you bitches is my mother?”

It was one of the most memorable lines uttered on primetime television.

Every so often, a single piece of dialogue from a television show or a movie can explode upon pop culture and leave such an indelible impression, it literally goes down in the history books.

That explosive query was delivered in Lace, the highest rated mini-series in the 1983-1984 television season and was declared the best line in television history by TV Guide.

Based on the Shirley Conran book, the sizzling story of secrets, scandal and sin revolved around an international sex symbol named Lili (played by Phoebe Cates) and her search for the mother who gave her up for adoption as a baby.

Before achieving fame, fortune and notoriety, Lili’s young life was one of hardship, and she was seeking her mother – whom she believed callously abandoned her – to exact revenge.

But in her search, which eventually took her to the Swiss Alps, Lili stumbled upon an incredible secret.

Three women, who were once best friends at a private boarding school in the Swiss Alps, were potentially her mother. In their final year at school, all three had doomed love affairs, resulting in one getting pregnant. This being 1960, this scandal would have had dire implications for their high-society families.

The three best friends (played by Brooke Adams, Bess Armstrong and Arielle Dombasle) made a pact to keep the pregnancy a secret and managed to blackmail the schoolmaster into letting them finish their studies at a remote cottage, away from prying eyes. No one, except the doctor they enlisted, knew which one of the girls gave birth to a baby girl, which they put up for adoption, with the intention of returning to get her once they were successful.

But after graduation, the three drifted apart and each went on to have very successful careers.

The little girl they had given up for adoption, they were notified later, was killed in an accident – except she wasn’t and overcame incredible odds to survive and became famous and wealthy.

Now, 20 years later, Lili uses her fame and influence to gather the three former friends together, where she delivers the shocking line.

Of course, it’s played out as over-the-top melodrama and gave a new spin on the age old who-dunnit mystery that had the television audience riveted on finding out which of the three women was Lili’s mother.

With the blockbuster number of viewers this glam soapy drama snared, there had to be a sequel. The next year, Lace II aired, where Lili goes looking for her father.

And naturally, the infamous line that went down in history had to have its own sequel, and in Lace II, Lili asks, “Which one of you bastards is my father?”

But, alas, it didn’t have quite the ring to it as the original.