The Man Who Shot Bob Dylan 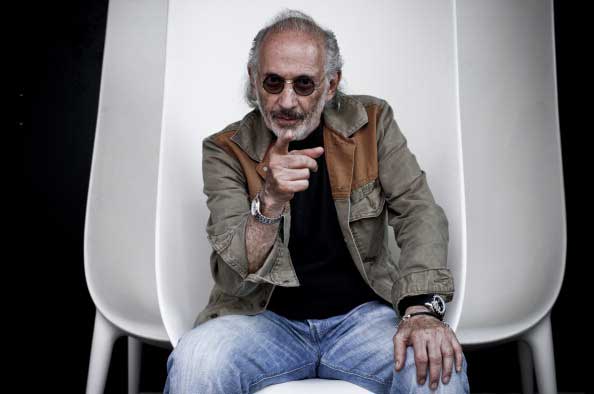 US film director Jerry Schatzberg poses during a photo session during the 64th Cannes Film Festival on May 12, 2011. GUILLAUME BAPTISTE/AFP/Getty Images.

In recognition of the folk-rock icon’s 75th birthday this week, read Zoomer’s interview with filmmaker/photographer Jerry Schatzberg on what it was like shooting Bob Dylan.

Before embarking on a career as a filmmaker, including his 1973 picture Scarecrow – which starred Al Pacino and Gene Hackman, which won that year’s Cannes Film Festival Grand Prix – Jerry Schatzberg was a young photographer from the Bronx.

Working mostly in fashion, Schatzberg hit it big with famed portraits of actors, artists and musicians, including the iconic photo of Bob Dylan used on the cover of the singer’s classic album Blonde on Blonde.

Three decades after his photography career gave way to film, Schatzberg rediscovered his own work, which he’d actually packed away in boxes and stored in a barn. Schatzberg spoke with Zoomer’s Mike Crisolago about rediscovering his own images, who he wishes he could have photographed and what it was like shooting Bob Dylan.

MIKE CRISOLAGO: Tell us how you managed to connect with and shoot Bob Dylan.

JERRY SCHATZBERG: I was at my studio one day [and] there was a rock and roll journalist and a disc jockey there, and they were talking because they had just been with Dylan and they knew him. I overheard them and I said, “Hey, next time you see him tell him I’d like to photograph him.” And the next day I got a call from his wife saying, “Bobby hears that you want to photograph him,” and I said “I’d love to.” So she gave me the address that he was recording at. I photographed him for two and a half years until he had his [motorcycle] accident.

MC: How much did you enjoy working with him?

MC: Speaking of that, is it true Dylan himself choose the blurry photo you took for the cover of his Blonde on Blonde album?

JS: [The record company] didn’t dispute it once he said, “That’s what I want.” We were probably really cold and we didn’t have the right clothes on [when] we were shooting. And I probably moved the camera or I didn’t get my focus right. There are images that are absolutely sharp in that same sitting that I’ve come to like years later [but] I never used them. I have the one right next to the original, and there’s a slight smile on his face, which is not as good as the original.

MC: You had many of your famed photos packed away in boxes and filing cabinets in a barn for three decades. What was it like to rediscover them?

JS: There [are] photographs that I knew I had done commercially and didn’t think that they were very good and photographs I’d take in the street. But I have to get away from the work for a while to look back and appreciate it. Same with films. And it takes me 10, 15 years to get back to it and then look at it fresh. People can’t always judge their work. Other people can judge their work, but you can’t objectively judge your work because there’s so much going on in your head about what you didn’t do, what you should have done.

MC: How much has technology and the advent of digital photography affected your work?

JS: It affects the process. It hasn’t affected the way I work because I’m not a technical [guy]. I really think that in film the most important thing is the script, and in photographs the most important thing is the subject matter, the essence. As in the Dylan photograph, sometimes it’s blurred, sometimes it’s not, but the essence is there. And I admire photographers who are really technical. It’s just not me.

MC: In either film or photography is there any one or any place you’re still hoping to capture on camera?

JS: Well, I missed a number of people would I would have liked to shoot. I would have loved to have shot Miles Davis or James Dean, Rita Hayworth. Since they’re not around, I take it a day at a time.

MC: Tell us about the sequel to Scarecrow you’ve been developing.

JS: I did a sequel [and] I hadn’t looked at it for about three years and I read it and I thought it was pretty good. The problem with that is casting because Hackman is retired and he’s petty strong in his thinking and when he says he’s retired, he’s retired. Al is not, and I’ve mentioned it to him and when I feel the script is in good shape, I’m going to send it to Pacino. If he’s interested, then I have to think of what actor would go along with it. And I don’t have to say it’s a sequel to Scarecrow. It takes place 30 years later so they don’t have to look exactly like they looked [back then].

MC: At this point, do you identify more as a filmmaker or photographer or consider yourself simply an artist?