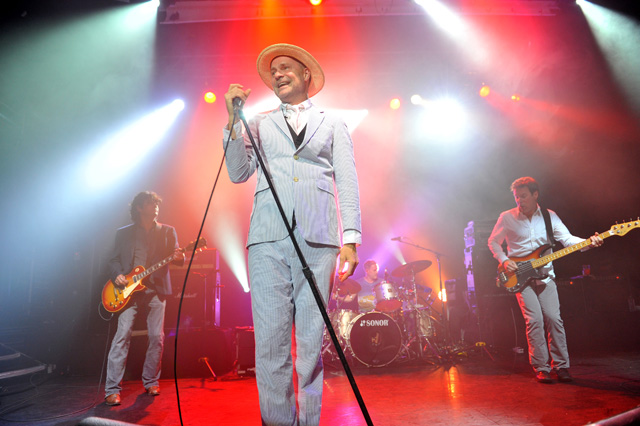 The statement said the 52-year-old was diagnosed in December and, “Since then, obviously, he’s endured a lot of difficult times, and he has been fighting hard. In privacy along with his family, and through all of this, we’ve been standing by him.”

As a result, the Hip said they’re embarking on one final tour this summer following the release of their latest album Man Machine Poem in June.

“What we in The Hip receive, each time we play together, is a connection; with each other; with music and it’s magic; and during the shows, a special connection with all of you, our incredible fans. So, we’re going to dig deep, and try to make this our best tour yet. We hope you can come out and join us this summer.”

Downie, born near Kingston, Ont., in 1964, has one of the most distinct voices and presences in Canadian music. The band met and formed in the early 1980s and released their first album, Up to Here, in 1989.

Since then they’ve become one of the seminal rock bands in Canadian music history, blending their unique sound with tales of our country’s history and locales. One of the most successful Canadian bands ever, the Hip have earned 14 Junos, a Canadian Music Hall of Fame induction in 2005 and the Governor General’s Performing Arts Award in 2008.

Downie, as the band’s front man and lyricist, became the face of the Hip while also releasing three solo albums, acting—including appearing in films such as Men with Brooms and Trailer Park Boys and television shows like Corner Gas—and working as an environmental activist.

Downie also has four children with his wife, Laura Leigh Usher, who battled breast cancer in 2012.

“This feels like the right thing to do now,” the band’s statement said, “for Gord, and for all of us.”