Johnny Depp Scandal: Did The Age Gap Play a Role? 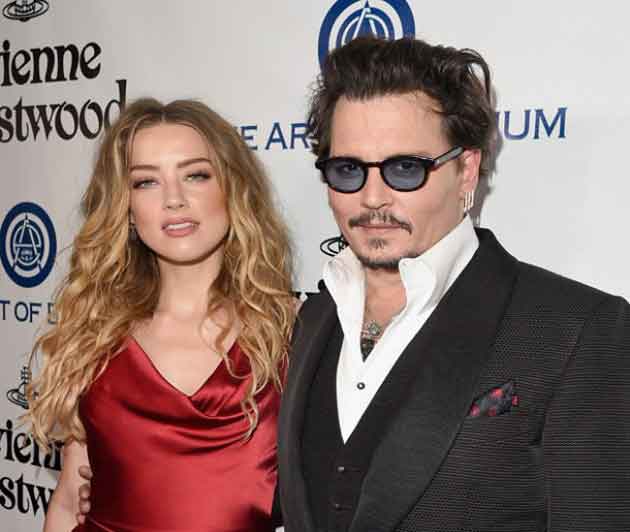 With all the back and forth in the divorce proceedings between Johnny Depp and Amber Heard, it’s difficult to separate fact from fiction.

This time around, we also get “They said…”

People are lining up to take sides in the divorce-in-progress of Johnny Depp (53 on June 9) and Amber Heard, 30.

Unlike the participants, it’s not pretty.

But maybe what’s really going on are daddy-daughter issues.

Reportedly, she wanted more independence and that upset him. Typical parent-child stuff.

Heard says she is a victim of domestic abuse. A widely circulated picture of her with a sad face and no make-up shows a reddish bruise on her cheek. She claims it was caused by Depp throwing an iPhone at her.

It’s easy to believe that a superstar of Depp’s status and wealth has no problem with throwing iPhones around.

The rest of us may cherish our expensive smartphones, guard them with our lives and protect them with bulletproof armour; the Pirate of the Caribbean has no such need.

But did he actually injure her with the iPhone?

Did he try to smother her with a pillow, as she also claims?

Was he an abusive husband during their 15-month marriage?

Did he suck her blood?

No, wait, just because his band is called Hollywood Vampires, that’s going too far. But vampires are legendary for being older men who prey on delicious young dollies.

On the other hand, some people are saying she was the bloodsucker, attempting to drain him of his resources, as some delicious young dollies are wont to do with wealthy much older men.

Both parties are marshalling the troops, both to attack and defend.

Heard and her team provide old emails and text messages referring to past abuse and fear of more. Depp’s supporters and lawyer insist that she’s blackmailing him to force a bigger settlement.

His ex-partner and mother of his children, Vanessa Paradis, along with his daughter and celebrity friends have leaped to his defense.

“In all the years I have known Johnny he has never been physically abusive with me and this looks nothing like the man I lived with for 14 wonderful years,” Paradis wrote.

Director and former Monty Python member Terry Gilliam tweeted, rather nastily, “Like many of Johnny Depp’s friends I’m discovering that Amber is a better actress than I thought.”

None of them, nor any of us, can know for sure what happened between husband and wife.

While defenders and Depp’s reputation suggest he’s an unlikely abuser, anything is possible, especially with the age difference between the two.

Some people who know the couple say he was threatened by her independence and was jealous about extra-marital relationships.

Maybe Depp didn’t realize that two different generations might have different attitudes to those kinds of things.

Alcohol and drugs may have played a role in prompting uncharacteristic behaviour on the part of Depp.

Also, after so many years of doubting the woman in these cases, we’ve come around to believing that a woman who says she’s been abused is always telling the truth.

“If only people were as appalled about women being used as punchbags, as they are about the possibility of men being taken for a ride, wrote Sali Hughes in the the-pool.com, a women’s site.

When love turns to a lust for revenge, for whatever reason, publicly shaming a man and accusing him of abuse can be a powerful weapon.

Nevertheless, I’m still inclined to believe Heard and not just from the feminist point of view, either.

I think she has a lot more to lose than to gain from publicly claiming abuse.

Hollywood will not look kindly on her charges against one of their—and our—beloved superstars. And even a smidgen of doubt about whether he actually did it will allow for enough rationalization to clear him.

Watch for Heard to be unjustly blackballed by the celebrity scene and the people who run Hollywood.

Chances are that whether she was abused or not by Depp, she’ll suffer now at the hands of Hollywood’s finest.