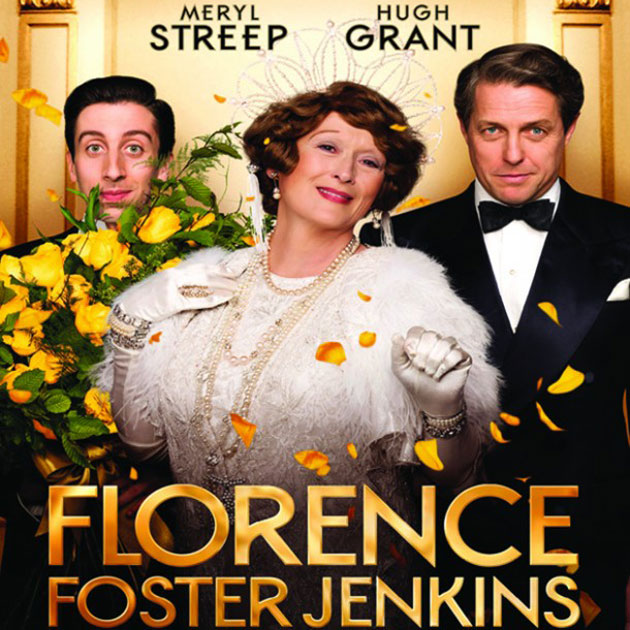 At the turn of the 20th century, starry-eyed socialites with little discernible talent were called delusional while, today, they’re simply known as Kardashians.

Florence Foster Jenkins, however, didn’t have the luxury of her own reality show back then so, instead, the 40-something American heiress made her way to New York City and, armed with the sentiment that it’s never too late to realize your dreams, fulfilled her ambition of becoming a singer. Audiences and critics agreed—she was terrible at it.

Still, in 1944, at age 76, Jenkins’ so-bad-it’s-entertaining oeuvre earned her a concert at Carnegie Hall, an event brought to life in the new biopic Florence Foster Jenkins, starring Meryl Streep.

Perhaps Jenkins could have improved if she’d been privy to the brand of unsolicited, show-up-unannounced support the widowed Marnie, played by Susan Sarandon, pesters her single daughter with in The Meddler. Like Jenkins, Marnie finds a second chance at happiness, falling in love with a Harley-riding hunk played by J.K. Simmons—a fortuitous turn that has the septuagenarian singing a far more pleasant tune.

And, as history and poor concert reviews prove, that’s where the similarities between Marnie and Jenkins end.

Florence Foster Jenkins will be in theatres on August 12, 2016 in Canada.

A version of this article appeared in the June 2016 issue with the headline, “Florence Foster Jenkins,” p. 18.