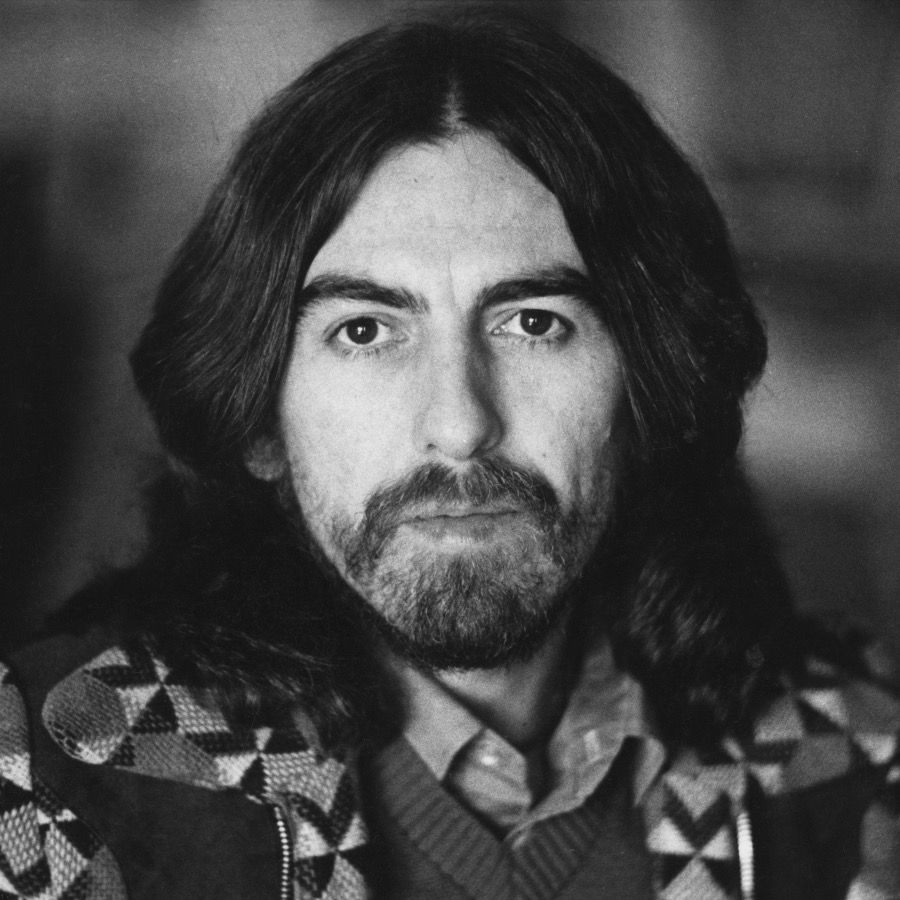 Forty years ago this November, George Harrison released his seminal solo album All Things Must Pass — his hugely successful post-Beatles debut that topped charts around the globe. One of the biggest hits from the album, however, made headlines in the years to come for different reasons.

“My Sweet Lord” — which holds the distinction of being the first solo number one hit by any of the Beatles following the band’s breakup — landed Harrison in hot water when he was hit with a lawsuit for copyright infringement for allegedly plagiarizing the 1963 Chiffons hit “He’s So Fine.” And on this day, 44 years ago — August 31, 1976 — Harrison was found guilty of “subconsciously” (not deliberately) plagiarizing the tune.

“I wasn’t consciously aware of the similarity between ‘He’s So Fine’ and ‘My Sweet Lord’ when I wrote the song, as it was more improvised and not so fixed,” Harrison explained in his 1980 memoir I Me Mine. “Although when my version of the song came out and started to get a lot of airplay, people started talking about it, and it was then I thought, ‘Why didn’t I realize?’ It would have been very easy to change a note here or there, and not affect the feeling of the record.”

So on the anniversary of the historic court ruling, we’re taking a look (and listen) back at seven famous cases — some accidental — of classic rock plagiarism.

George Harrison vs. The Chiffons

Lets start with the case that inspired the list. Listen to both tunes for yourself and hear the similarities.

The Rolling Stones vs. k.d. lang

According to Keith Richards, back in 1997 he was playing the new Rolling Stones song, “Anybody Seen My Baby?,” for his daughter Angela when she began singing along. The problem was, she was singing the wrong lyrics. The Stones’ song didn’t reference anything about constant craving, but the hit k.d. lang tune from five years earlier sure did. It turns out the Stones’ newest song sounded a heck of a lot like “Constant Craving.” Richards gave Angela a pass for confusing the songs and, for legal reasons, the Stones gave lang a song writing credit on “Anybody Seen My Baby?”

The Beach Boys vs. Chuck Berry

This one isn’t even in question. The 1963 Beach Boys classic “Surfin USA” is Chuck Berry’s “Sweet Little Sixteen,” but with new lyrics about baggies, Huarache sandals and bushy, bushy blond hairdos. The problem here was the song writing credit or, more accurately, the lack of one. Chuck Berry was never credited for basically writing the tune until three years after its release, when the band started acknowledging the rock pioneer’s role in crafting one of their signature tunes.

Poor Chuck Berry — the guy seemingly couldn’t write a song without someone trying to take of piece of it for themselves. In this case it was the Fab Four — for whom Berry was a huge musical influence — and specifically John Lennon, who crafted “Come Together” with lyrics that were strangely similar to Berry’s “You Can’t Catch Me.” Berry’s music reps sued Lennon and part of the out of court settlement included the agreement that the Beatle had to record some songs owned by Morris Levy, who held the publishing rights to “You Can’t Catch Me.” That resulted in Lennon’s 1975 cover album Rock ‘n’ Roll, on which he covered the Levy-owned songs “You Can’t Catch Me” and “Ya Ya.”

Lennon, for his part, denied plagiarizing Chuck Berry in a 1980 Playboy interview with David Sheff.

“‘Come Together’ is me, writing obscurely around an old Chuck Berry thing,” Lennon said. “I left the line in, ‘Here comes old flat-top.’ It is nothing like the Chuck Berry song, but they took me to court because I admitted the influence once years ago. I could have changed it to ‘Here comes old iron face,’ but the song remains independent of Chuck Berry or anybody else on Earth.”

This is a strange one. John Fogerty, singer and songwriter for Creedence Clearwater Revival, wanted out of a multi-album deal with his record company so, in turn, he signed over the rights to his CCR songs to get it. Years later, in 1984, Fogerty returned to music with a hugely successful solo disc called Centerfield. According to Fogerty’s old record company, the first single off this new solo album, “The Old Man Down the Road,” sounded too much like another Fogerty song that he wrote for CCR, “Run Through the Jungle.”

A lawsuit ensued, which Fogerty won, and then the singer/songwriter countersued in a case focused on attorney’s fees that went to the Supreme Court. Fogerty won that too.

“Do Ya Think I’m Sexy?” is a seminal Rod Stewart hit and a definite earworm. It also sounded quite familiar to a tune by Brazilian music star Jorge Ben Jor, who claimed Stewart plagiarized the music from his song “Taj Mahal.” Stewart, who later admitted to unconsciously plagiarizing the tune, eventually settled with Jorge Ben Jor out of court.

Not only did he turn down the opportunity to write the theme to the mega-hit film, but he said that Parker Jr. plagiarized his song “I Want a New Drug” with his Ghostbusters theme. They settled the dispute out of court but, almost two decades later, when Lewis broke a court order by revealing the amount of the settlement, Parker Jr. turned around and sued him right back.