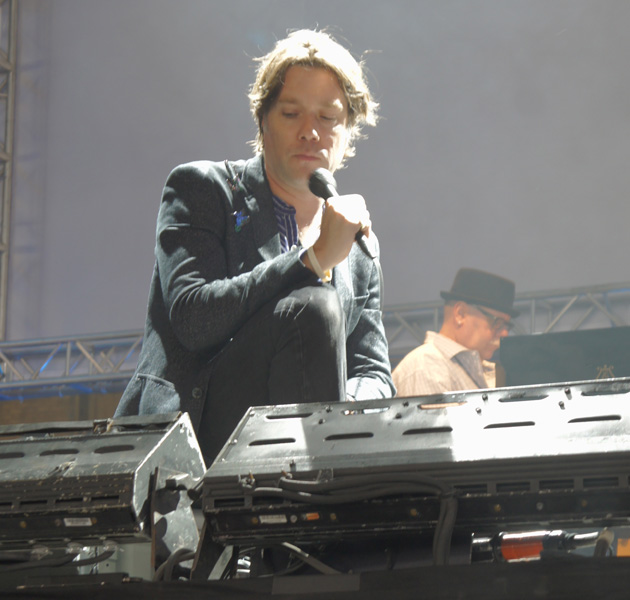 The Hearn, a decommissioned electrical generating station, is one of the largest enclosed spaces in Canada—and it’s rundown, industrial ruins played home to art installations and Wainwright’s two-night revival of Rufus Does Judy. “I feel like I’m in some club in Berlin!” he joked, taking in the decaying industrial relics around him.

And, for all its crumbling walls, rusted steel structures and dangling cables, the Hearn proved to be a surprisingly intimate home for Wainwright’s tribute to the late, great Judy Garland.

Based on her famous 1961 performance at Carnegie Hall, Wainwright first performed his Rufus Does Judy show 10 years ago—complete with bestselling album—and his decision to revive it for Luminato this year was met with enthusiasm, as evidenced from the highly vocal sold-out crowd.

And the evening was just as enchanting as Garland’s original concert.

The venue was ideal for Wainwright’s soaring vocals—and the 36-piece orchestra—especially on iconic classics like “Zing! Went the Strings of my Heart” and “When You’re Smiling (the Whole World Smiles Back).”

He threw himself passionately into each and every number, and frequently engaged with the audience, alternating between light-hearted banter and references to tragedies in the news. In a more subdued moment, Wainwright sang his rendition of “Somewhere (Over the Rainbow)” while  the names and faces of the Orlando shooting victims were shown on a giant screen behind him.

Watch our behind-the-scenes clip from Wainwright rehearsing “Somewhere (Over the Rainbow)” on the afternoon of his performance.

Rufus Does Judy paid great honour to one of Hollywood’s brightest stars, and Wainwright’s staggering stage presence and boundless energy during the nearly three-hour show spoke volumes about his passion for his craft—and his admiration for Garland.