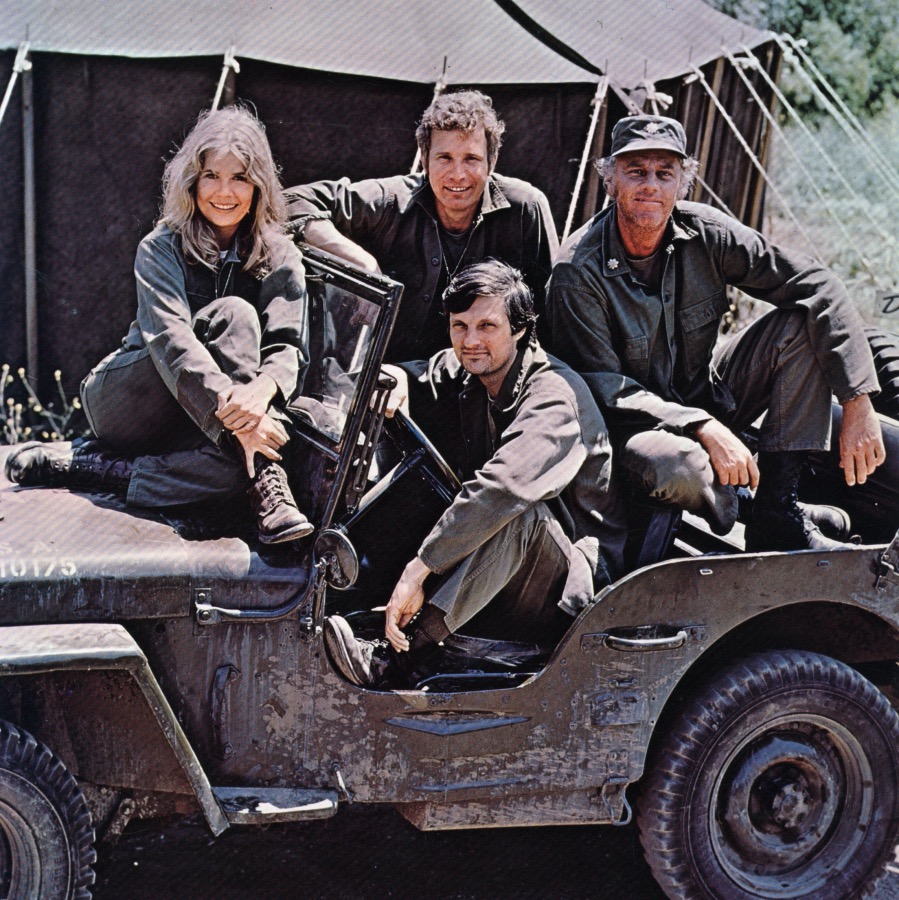 American actor, director and writer Alan Alda in the driving seat of a jeep, surrounded by Loretta Swit and other cast members of the hit television show 'MASH', in costume as members of a US Army medical corp. Photo: Keystone/Getty Images

It’s one of the most difficult feats to pull off in television — a successful finale episode. More than any other instalment of a series, the finale is always celebrated or scrutinized by fans, depending whether they loved it or felt it should have ended a different way.

So with that in mind, we revisit 10 of television’s most famous — and infamous — finale episodes.

Here’s a story of a family named Brady, whose wacky adventures are perhaps thought of more fondly in hindsight than they were when they aired. The Brady Bunch was never a ratings hit, though it did last for a respectable five seasons. The final season saw the introduction of Brady kid cousin Oliver — an old TV trope of introducing a new baby/child when a series starts to get stale. Oliver didn’t help, and the series ended with the oh-so-wacky episode where Greg’s hair is accidentally dyed orange on the same day he’s set to graduate high school. More noteworthy is that, due to a creative dispute with the show’s producers, Brady dad Robert Reed did not appear in the episode.

Dubbed “The Last Show” and considered one of the greatest TV show endings ever, The Mary Tyler Moore Show signed off with a storyline that saw most of the main characters fired from their news jobs at WJM-TV. Despite the sad premise, the display of love and support among the characters made it one of the most emotional send-offs in TV history. From the group hug and shuffle for a box of tissues to Mary turning off the lights to the famed curtain call, The Mary Tyler Moore Show wrote the book on how to end a sitcom right. That’s more than we can say for …

Endings were rarely Seinfeld‘s strength, with even regular episodes not exactly delivering a gut-busting punch line before the credits rolled. But for a show touted by many as the greatest sitcom of all time, fans expected a little better than the finale they got.

I, personally, always loved the premise of a court case that would bring back many of the show’s most popular supporting characters for one last hurrah. The show sours, however when the main foursome is arrested for cruelly laughing at an overweight man (the late John Pinette) as he gets car-jacked. For a show that always portrayed its characters as comically mean/apathetic, this was a little too real and made it difficult to care about the ensuing court case and sentencing.

In the end, the foursome is sentenced to one year in jail — a concept that could have lent itself to a one-off reunion a year later. In the slammer, they resort to dialogue from the first scene of the first episode about George’s shirt buttons, ending the series on something of a flat note.

Like The Mary Tyler Moore Show, the Breaking Bad finale proved an ending that lived up to the hype. Going into the show, most fans recognized it was unlikely that Walter White would make it out alive. The question was, if Walter was going down, who would he take with him? The answer: almost everyone. It was a bloody and emotional episode, but fans celebrated the fact that Walter got his closure and tied up loose ends, dying before the police could arrest him.

One of the most inventive and beloved TV series finales ever, Newhart wrapped its eight seasons with a wacky storyline in which a Japanese business man buys the entire Vermont town the show was set in, as well as the return of many of the residents “years later.” It was all a swerve, however, as the final scene shows Newhart waking up in the bed from his previous TV show, The Bob Newhart Show, next to Suzanne Pleshette, his TV wife from that show. It turns out the entire Newhart series was a dream by the star’s character from the former series. It’s shocking, hilarious, creative and oddly familiar,  though didn’t another famous show nullify major plot lines by making it all a dream …

Dallas‘ famed “Dream Season” (season 9), during which the entire season is revealed to be the doing of Pam Ewing’s subconscious, inspired the Newhart finale. But when it came time for Dallas to wrap up the Ewing saga (well, at least until the show was revived in 2010), it seemed audiences had largely tuned out.

Still, despite falling ratings, the finale, which involved an It’s A Wonderful Life-style rethinking of J.R.’s life, a cheesy demon storyline and an ending that left the fate of the famed oil baron’s life in limbo, drew a huge audience. Fans didn’t know until a film five years later whether or not J.R. lived or died, but that didn’t stop the episode from becoming one of the most popular TV finales ever.

A groundbreaking series that paved the way for Breaking Bad, Mad Men and many of the most popular TV dramas since, The Sopranos finale will be endlessly debated among fans as either one of the great endings in television history or one of the biggest cop-outs. Tony Soprano, having vanquished his New York mob enemies, sits down with his family for a meal at a local diner. As Journey’s “Don’t Stop Believing” plays in the background and Tony scopes out the various strangers sitting in their vicinity, his daughter Meadow approaches the restaurant. We hear the chime above the door ring as someone enters the restaurant, followed by Tony looking up as if to acknowledge the person standing before him. And then the screen goes dark and silent.

A long delay ensued before the credits rolled, leading many viewers at the time to assume their cable had gone out. Aside from being one of the most ambiguous endings ever, it’s also one of the most divisive. Last year, series creator David Chase passed his judgment on Tony’s actual fate, but for most fans it’s still largely up in the air.

One of the highest rated finales ever, the show saw the return of Sam’s longtime love, Diane, which leads to him having to make the difficult choice of whether or not to marry her and leave the bar behind. He ultimately chooses the bar, while other main characters move on and/or experience major changes in their lives. It wasn’t the best received finale ever, but fans were enthusiastic to witness Cheers‘ last call, as the show drew the second-highest ratings for a TV finale in history.

The shows leading up to the King of Late Night’s retirement involved enthusiastic crowds, celebs and friends wishing Johnny well and, in the case of Bette Midler, an emotional serenade of “One for My Baby (and One More for the Road)” — one of the most famous scenes in late-night history.

The final show, however, involved no guests and an audience made up of family and friends. Johnny looked back on his career, talked about his time at the desk and then closed with one of the great teary-eyed sign offs ever: “I can only tell you that it has been an honour and a privilege to come into your homes all these years and entertain you. And I hope when I find something that I want to do and I think you would like and come back, that you’ll be as gracious in inviting me into your home as you have been. I bid you a very heartfelt good night.”

The most viewed television episode in TV history for nearly three decades and still the record-holder for the most watched finale ever, M*A*S*H saw the Korean War end and the group disband in an emotional ending that was actually a movie that aired on television. The show generated two spin-offs — AfterMASH and Trapper John, MD, though neither boasted the same level of interest as the original.

Like The Mary Tyler Moore Show, M*A*S*H‘s finale is generally considered an archetype of what a great ending should be — entertaining, emotional, sensible and rewarding the loyal audience with closure that treats them and the characters they’ve grown to love with respect. As Hawkeye takes off in a helicopter and looks back to see B.J.’s “Goodbye” spelled out on the ground below, the scene served as both a touching conclusion and a nod to all of the fans who supported the show for more than a decade.

A version of this article was originally published in June, 2016.

She Made It After All: The Groundbreaking Legacy of The Mary Tyler Moore Show

Alan Alda on MASH, His New Book and Appearing at Ideacity