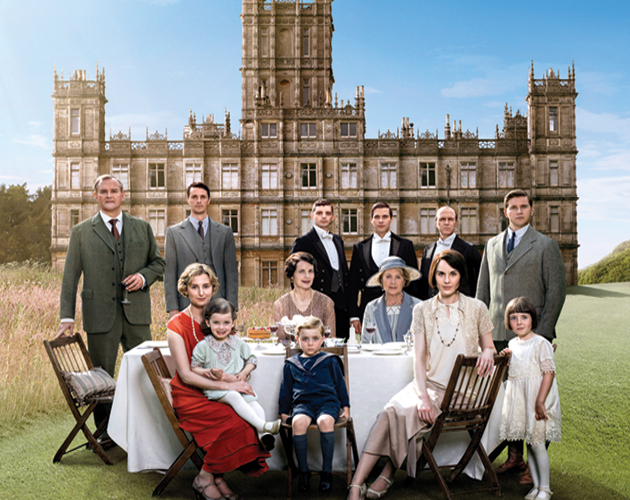 If you’re a rabid Downton Abbey fan, there is no such thing as watching an episode too many times.

You’re in luck then, as VisionTV (owned by ZoomerMedia) airs the sixth and final season beginning June 29. You may have seen what becomes of the Crawleys and their downstairs help when it aired on PBS last winter. But can you think of a better way to spend a summer evening than with a gin and tonic in hand and a second look (or first for that matter) at how it all comes together at the glamorous Yorkshire pile? And once the doors of the Abbey close for good, we give you the following observations.

1. The Butler Did it All Mr. Carson (Jim Carter) not only kept the downstairs staff in order, he also came to the defence of Lady Mary and the entire Crawley clan. At times, Carson seemed more of a patriarch than the Earl of Grantham (Hugh Bonneville). Indeed, so compelling was his character that, in 2013, employment website Workopolis declared the butler Hospitality’s Hottest New Job.

2. Quitting Downton Is Deadly Just ask actors Dan Stevens (Matthew) and Jessica Brown Findlay (Lady Sybil), whose characters died tragically when they did not renew contracts beyond Season 3—proving that show creator Julian Fellowes is not to be trifled with. Unless your character is a lady’s maid, in which case you aren’t killed off in dramatic fashion: you simply vanish. We’re talking about you, O’Brien (Siobhan Finneran).

3. Sex Under Your Parents’ Roof Has Consequences Remember when you snuck around after midnight thinking you were fooling Mom and Dad as you tiptoed to the guest room where your boyfriend or girlfriend was waiting? As the doomed Mr. Pamuk (Theo James), paramour of Lady Mary (Michelle Dockery), can attest, one of you will end up a plot device, which will cost you your life and your dignity when your corpse is carried around like a sack of wet laundry.

4. Hell Hath no Fury as a Sister Scorned One of the juiciest relationships on the series was that of Lady Mary and the lovelorn Lady Edith (Laura Carmichael). Barbed retorts flew between them over men, fashion and out-of-wedlock children—each sister betraying the other by revealing intimate scandals at the worst possible (and most opportune) moments. Yet in the finale, their scene of reconciliation was one of the best written in the series, demonstrating once again that blood is thicker than a Yorkshire pudding.

5. Older, Wiser, Wittier The most quoted character in all six seasons was the Dowager Countess, Violet (Maggie Smith). Her constant sparring with Isobel Crawley (Penelope Wilton) over a myriad of issues showed the world that age is no barrier to sharp-minded repartee, heartbreak or the desire to be useful to society and family. I leave you with these four words: “What is a weekend?”

A version of this article appeared in the July/August 2016 issue with the headline, “Goodbye To All That…And The Crawleys,” p. 16.