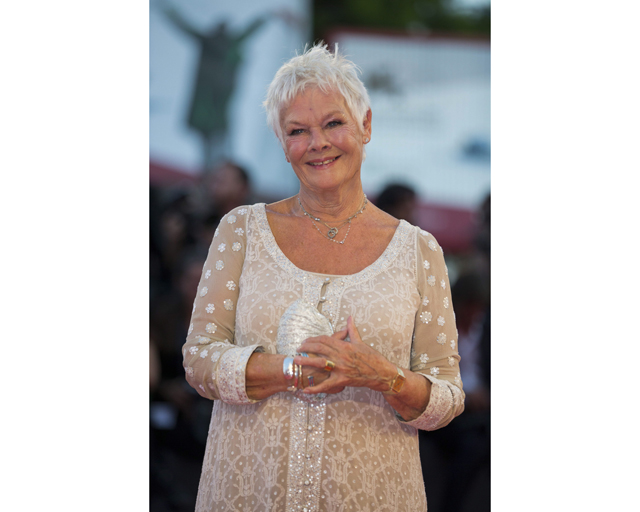 It’s a popular refrain whenever a young person gets a tattoo: “Sure it looks good now, but what’s it going to look like when you’re 80?”

What happens, though, when you get a tattoo when you’re already in your 80s? And when the octogenarian in question is none other than legendary stage and screen actress Dame Judi Dench? And when the actual tattoo is an intricate design that covers half her face and her neck?

Okay, we’re kidding about the last part. But Dame Judi revealed that she did indeed get a tattoo – on her wrist – as a gift from her daughter on her 81st birthday back in December. The tattoo reads “Carpe diem,” Latin for “Seize the day,” which Dench noted is her motto.

Dame Judi Dench has got her first tattoo for her 81st birthday https://t.co/Fa47epVzo8 pic.twitter.com/JKCVDQVf2H

“Good, isn’t it?” she asked in an interview with Surrey Life magazine, before quipping, “Mind you, the company of A Winter’s Tale, which I was doing at the time, used to say that it said fish of the day.”

The tattoo is Dench’s first, though she’s said she almost got a tattoo on her 80th birthday a year earlier. She also once joked that she’d tattooed Hollywood producer Harvey Weinstein’s face on her buttocks. However, for the record, Dench did actually once sport a neck tattoo – albeit a fake bejewelled one – depicting the James Bond 007 logo to the 2012 premiere of Skyfall, which she starred in as “M.”