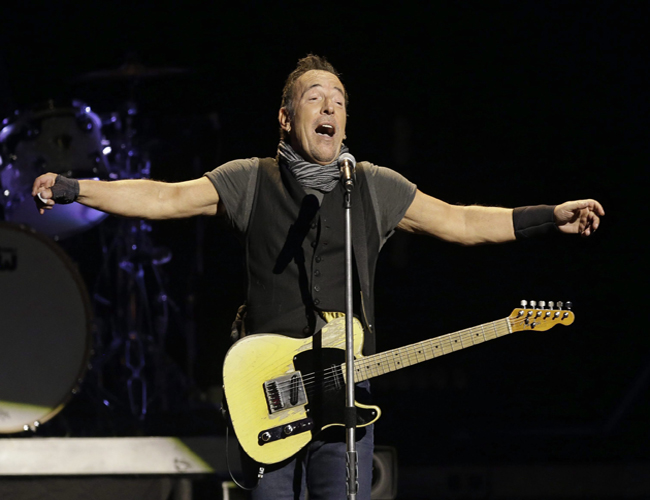 He may have famously pulled a then-unknown Courteney Cox from the crowd to dance with him onstage in the video for the 1984 hit “Dancing in the Dark,” and even grooved on stage with an 88-year-old woman to the same song in Toronto earlier this year, but the latest video of Bruce Springsteen bringing an audience member on stage to perform with him may be the cutest yet.

Smartphone footage from a June 29th concert in Oslo, Norway, shows the 66-year-old rocker singing the tune “Waitin’ On a Sunny Day” while a four-year-old girl in the front row waves at him. Springsteen waves back before inviting her on stage, where she sings the chorus with him and even gets carried around on Springsteen’s shoulders.

You can see it for yourself in the video below—and we bet you can’t watch it without smiling from ear to ear.