A Look Back: Q&A with Garry Marshall 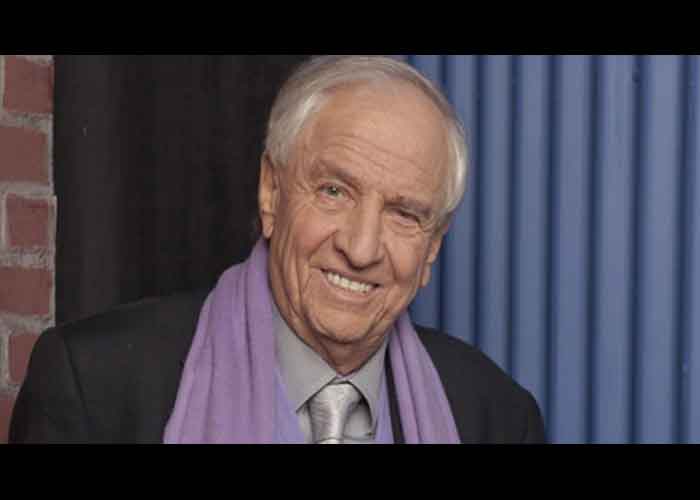 We’re saddened by the news that Garry Marshall passed away at age 81. Back in 2010, he sat down with Zoomer‘s Tianna Robinson to chat about his movies—and his grandchildren. We take a trip down memory lane.

GM: It’s not a good a movie to watch by yourself. I guess it is if you want to cheer yourself up. I thought to work with all of those stars, but to get them altogether was a logistical nightmare. We had to work long hours, but the result I was very happy with. I thought they did well, all the people could act and even the people I didn’t know, could act. So it worked out very well for me. Particularly in Europe. You know, they say love stories don’t work very well in Europe or Canada and that they only work well in the United States. I proved that wrong with Pretty Woman. Love stories can work any place, they just have to be a certain type.

TR: Speaking of Pretty Woman, I really enjoyed Julia Roberts role in Valentine’s Day. What is it you like about working with her because you worked with her many times.

GM: Well, she comes always prepared. She’s funny. We always have a good time. We kid around a lot. I always make sure she is comfortable. The boy she worked with, Bradley Cooper, she had done 93 performances in a play with him. She was comfortable with him and I always surround her with people she knows so she’s comfortable.

TR: You have been around for a long time and produced a lot great films.

GM: Well that’s a nice way of saying I’m a lot older than most of your interviews.

GM: That’s my group! I do well with them.

TR: Did you approach this film differently than you would have approached a film twenty years ago? Have you found a difference in what people like and don’t like?

GM: Well, yeah I must say twenty years ago we did stories and everything. But the audience has changed with MTV and all these things. They can digest so much. You don’t always have to be so linear and you can do shorter scenes. The mind of the audience, they can take more stories. I would say doing this kind of story years ago was harder because regular people would say, “What happened? I can’t remember who’s who?” The audience today can take 18 stories. They know it all because they are used to it on television and there’s a few pictures like this. But they can digest more of this visually than my generation.

GM: I am going to do a movie called New Year’s Eve which is similar to Valentine’s Day in a sense where there are a lot of stars, but we don’t have anybody set yet. But I am really excited about this new dvd Valentines Day. I have a lot of deleted scenes that I am really proud of as a director. Shots that I didn’t have room for that I really liked. I start shooting New Years Eve supposedly in September.

TR:In terms of getting celebrities on board, did you have a hard time? I guess since you’re such a legend everyone must have been excited to work with you.

GM: I am not such a legend. I’ve worked with many of them. Usually each director does certain things. On my movies, everybody has a good time. I run a very loose set. We have fun, we kid around, we do a lot of pranks, we joke with everybody. And some of the people I had worked with before, but to be very honest, you get a couple of people like Julia Roberts who say I’ll come in a few days and a lot of people want to come too. They don’t always work in the same scenes but they like to be a part of it. And that’s what I like and I was very flattered that a lot of them wanted to come back because I would make them laugh.

TR: Is there anything viewers should keep an eye out for when they pick up the DVD/Blu-ray?

GM: If you push pause, you can see some of my grandchildren in the picture. The youngest baby who they shove around on the counter is my youngest. She’s one year old. You ready for her name? Siena LaGambina. We don’t know what field she’ll go into. If she doesn’t become a doctor, she could be in movies. Keep your eye out for her!

This article was originally published online May 18, 2010.