The Evolution of the Spielberg Summer Blockbuster 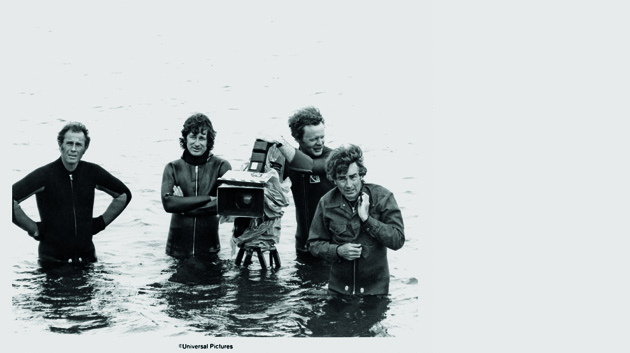 Lights! Camera! Action! Here, six degrees and more of the master director and his Tinseltown squad.

Once upon a time there was a young filmmaker, his cast and crew, a boat and a mechanical shark. Where the summer blockbuster began: Steven Spielberg’s Jaws (1975).

The two friends collaborated on Raiders of the Lost Ark (1981).

…which Spielberg followed up with one of his most beloved films, E.T. (1982).

Not content to only direct, Spielberg executive produced mega-hit Back to the Future (1985) and its sequels.

Then he brought dinosaurs to life with Jurassic Park (1993) and also lent his executive producing chops to Men in Black (1997).

Spielberg turned the definition of summer blockbuster on its head with the Second World War epic and five-time Oscar winner, Saving Private Ryan (1998).

Always a mentor, his prolific protege J.J. Abrams directed the blockbusters Star Trek (2009) and Star Trek Into Darkness (2013) before turning his lens to Star Wars: The Force Awakens (2015), the biggest blockbuster of all-time, though not released in the summer. And perhaps this summer’s Spielberg blockbuster, The BFG, which debuted at Cannes in May, will hit theatres on Canada Day.

A version of this article appeared in the July/August 2016 issue with the headline, “Summer of Spielberg,” p. 44-45.