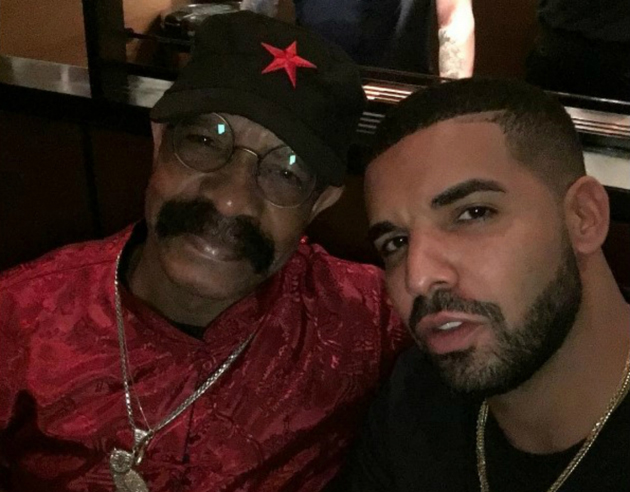 Toronto-born R&B star, Drake, has some stiff competition—his own father is set to release his first single.

It would seem that Dennis Graham has turned the old proverb “like father, like son” on its head.

The 60-something Instagram star and former drummer for Jerry Lee Lewis has followed in the footsteps of his 29-year-old superstar son, Drake, releasing an R&B single called “Kinda Crazy.” The video for the song is set to debut on the entertainment website TMZ tomorrow (August 11, 2016).

The song features South African singer Tanya Lee and, based on the photo Graham shared on his Instagram (below), he’ll be sporting a white suit and his signature mustache.

Graham even enlisted the help of his son’s friends: producer Jamie Iovine—who broke streaming records when he released Drake’s album “Views” on Apple Music back in April—is ensuring “Kinda Crazy” (and the rest of Graham’s upcoming album) reaches the masses.

My Brother right here believed in me @jamieiovine and it's Kinda Crazy http://m.tmz.com/#article/2016/08/10/dennis-graham-kinda-crazy-single/ thank you [email protected]

The song, which has a 1980s R&B feel, has been given a stamp of approval from Drake and, just like that, father joins son on the world stage. How’s that for an official re-entry into the music biz?

You can listen to an older version of the full track (originally released March 2015) here: