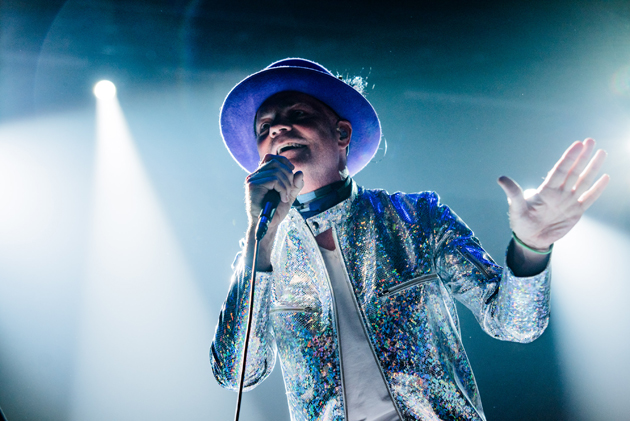 Gord Downie’s neuro-oncologist is in awe of the singer’s stamina on The Tragically Hip’s cross-Canada farewell tour.

Since news first broke that 52-year-old Gord Downie—singer, activist and front man for The Tragically Hip—was diagnosed with terminal brain cancer in December, fans across the country rallied around the music legend. The end result: a 10-city cross-Canada farewell tour to promote their latest album Man Machine Poem, which kicked off in Victoria, BC on July 22 and concludes in their hometown of Kingston, Ont. on August 20.

And last night, in front of a high-energy sold-out crowd at the Air Canada Centre, Downie showed no signs of slowing down. Although the singer said little to the adoring masses in front of him, he did what he does best—entertain.

Even Downie’s neuro-oncologist, Dr. James Perry, is in awe of the energy the singer displayed while on tour.

“I was impressed,” he said on Global’s The Morning Show yesterday. “The best moment for me was the very first time they [the Hip] took the stage in Victoria, in those crazy suits [that] were designed even before his diagnosis. My wife was with me at that particular show and she said, ‘Wow, that’s what hope looks like.'”

However, Perry, the head of neurology at the Sunnybrook Health Sciences Centre in Toronto, isn’t completely shocked by Downie’s stamina. “You need to be highly motivated, maintain your fitness level,” he says.

“He’s done all of those things…The level of strength and courage, the energy that he needs to do this is well beyond what most people can do.”

Toronto, are you ready for the Man Machine Poem Tour? Show one of three starts tomorrow night, see you then! #manmachinepoemtour #yyz (Photos by David Bastedo, Mike Homer and Aven Hoffarth)

According to Perry, Downie is not receiving treatment while on tour, but doctors are on-hand to monitor his health. The singer had surgery for glioblastoma prior to the tour. A rare form of cancer that can affect the brain and/or spinal cord, glioblastoma affects between four and seven out of every 100,000 Canadians.

And while Downie’s diagnosis is undoubtedly on the minds of both the band and their adoring public, it’s safe to say that, even if only for a little while, it’s all about getting lost in the music.