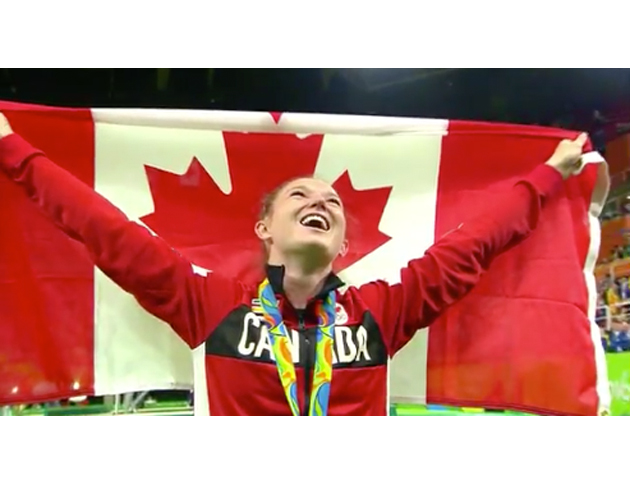 As our Canadian athletes return home from Rio today, we relive the magic of the Olympics with this touching CBC montage set to The Tragically Hip.

Grab a box of tissues.

The CBC montage video features the greatest athletes from across the globe—and all the emotional highs and lows that came with the Summer Games in Rio. Relive the highlights, set to the tune of The Tragically Hip’s “Ahead by a Century.”

The combination of athletic prowess and Gord Downie’s vocals makes this one tearjerker of a video.

No dress rehearsal, this is our life. Sixteen days at #Rio2016, set to "Ahead By A Century" by @thehipdotcom. https://t.co/C6OhaEZb23

And what better day for CBC to release the video then when most of our Canadian athletes fly home? Early this morning, planes landed in Toronto carrying our Olympians—from 16-year-old Penny Oleksiak to the women’s bronze-medal soccer team. Flights carrying the rest of Team Canada fly into Toronto tomorrow.