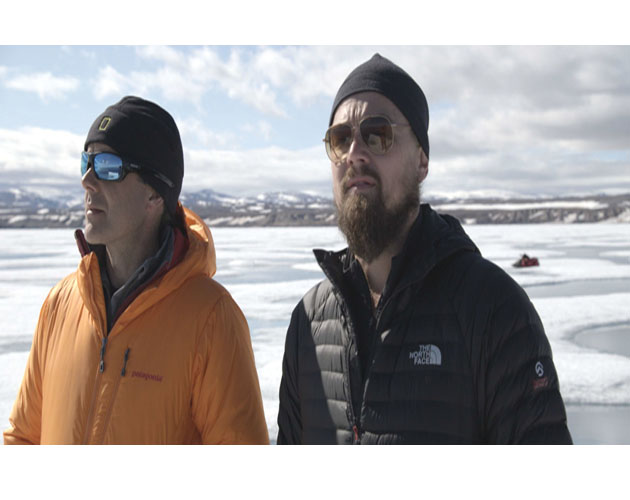 What’s up, doc? The second day of TIFF16 is all about documentaries, from music to murder. Meanwhile, international filmmakers offer up a slew of boomer-themed films, including a middle-aged zoo worker who finds that she suddenly sprouts a tail. And you thought outrageously high admission prices were the worst thing that happens to you at the zoo.

Elsewhere, a bunch of Hollywood folks are walking some sort of carpet – red, I think, but I’ll have to get back to you. It’s interesting if you like that sort of thing. Clearly the throngs that showed up for Denzel Washington and The Magnificent Seven cast last night certainly do.

As an aside, relax with The Magnificent Seven. Sure the world premiere opened TIFF 2016 last night, but the movie is out in theatres literally days after TIFF ends. So no need to scramble for rush TIFF seats, folks. Instead, check out some of the lesser-known offerings below.

Gala Gawking: Okay, these gala offerings aren’t lesser known, but we’d be remiss to not mention these world premieres. David Oyelowo and Rosamund Pike star in the 1940s-set biopic A UNITED KINGDOM, about the forbidden romance between Seretse Khama, Botswana’s first president, and Ruth Williams, the Englishwoman who stole his heart. Meanwhile, Oliver Stone’s SNOWDEN stars Joseph Gordon-Levitt as the notorious NSA employee who blew the lid on the whole government snooping thing. It’s a touchy and divisive subject so thankfully they got a director who isn’t into courting controversy…

They aren’t galas, but AMERICAN PASTORAL, starring and directed by Ewan McGregor (in his debut behind the camera) and Jennifer Connelly, based on the Philip Roth Pulitzer Prize-winning novel, makes its world premiere while the highly touted THE BIRTH OF A NATION, Nate Parker’s reclaiming of one of title of one of the most racist films ever made, makes its international debut and tells the story of Nat Turner’s 1831 slave rebellion.

The Sleeper Hit: Today is your last chance to catch TONI ERDMANN, Germany’s entry for the Best Foreign Language Film at the upcoming Academy Awards in 2017. The comedy follows an aging and eccentric father who attempts to reconnect with his daughter through a series of pranks.

Docs Galore!: It’s a big day for TIFF Docs. Lets start with the Leonardo DiCaprio flick BEFORE THE FLOOD. No, this isn’t a prequel to Titanic, but rather an examinations of the actor’s attempts to raise awareness about climate change; THE SIXTH BEATLE explores the life of Liverpool concert promoter, and early Beatles aficionado, Sam Leach; Jane Jacobs’ 1960s campaign to save New York City neighbourhoods from redevelopment is highlighted in CITIZEN JANE: BATTLE FOR THE CITY; celebrities, musicians and even former U.S. President Bill Clinton make appearances in the life story of a jazz giant, CHASING TRANE: THE JOHN COLTRANE DOCUMENTARY; ALL GOVERNMENTS LIE: TRUTH, DECEPTION, AND THE SPIRIT OF I.F. STONE is Canadian filmmaker Fred Peabody’s look at legendary American journalist I.F. Stone; and one of the most famous murder trials in recent memory is put under the microscope in the simply-titled AMANDA KNOX.

ZOOLOGY: The aforementioned Russian/French/German tale (no pun intended) of a middle-aged zoo worker who lives with her aging mother and suddenly sprouts a tail.

THE EMPTY BOX: This France/Mexico co-production explores familial ties and the reunion of a daughter with her estranged elderly father, whom she learns is suffering from dementia.

CATFIGHT: Canuck Sandra Oh, 45, and Anne Heche, 47, star in this comedy about two old school friends in the 40s who reconnect. The pleasantries are short-lived however, as the pair embark on years of heated battle where old rivalries lead to new wounds.

ELLE: From Paul Verhoeven, the Dutch director who brought you Basic Instinct and Showgirls … no, wait, stay with me here … comes this erotically-charged French film about a 60-something businesswoman who is raped and then struggles with both feelings of cold-blooded revenge and steamy sexual fantasy. Actress Isabelle Huppert, 63, has earned high-praise for her performance in the title role.

Think outside the [Light]box: If you’re looking to get a little air, and you aren’t into cramming against red carpets for gratuitous celeb selfies (good for you, by the way), head down to Festival Street and check out the free 9pm screening of the 1986 Jim Henson/George Lucas collaboration LABRYNTH, starring David Bowie and Jennifer Connelly. Who knows – with the latter in town for American Pastoral, who’s to say she won’t make a surprise appearance at the screening?

Snapshot: Toronto Mayor John Tory is at TIFF, though he doesn’t quite pull off the dreamy, swooning re carpet gaze that Michael Fassbender specializes in.