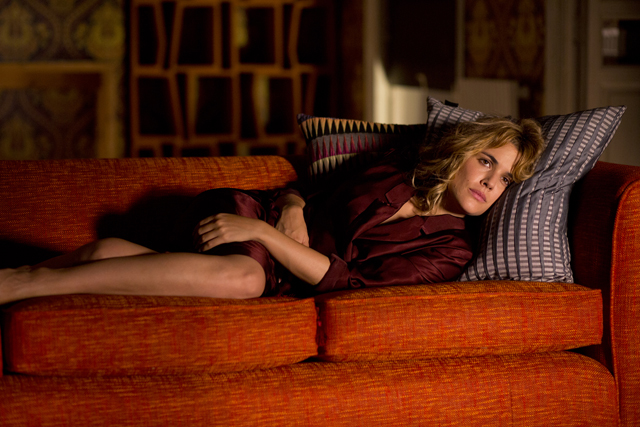 From films based on the works of Canada’s only Nobel Prize-winning author Alice Munro and Pulitzer Prize-winning Canuck scribe Carol Shields to one of the country’s most exciting young directors, Xavier Dolan, TIFF may as well hand out maple syrup and poutine at today’s screenings. Actually, that’s not a bad idea…

Gala Gawking: Period pieces abound on Sunday, beginning with the Christian Bale-led THE PROMISE, an American film about a love triangle set against the backdrop of the First World War. Bill Nighy, 66, and Richard E. Grant, 59, co-star in the U.K. production THEIR FINEST, about filmmakers working through the Second World War London Blitz to make a movie to boost public spirits while LOVING is a true tale of the Lovings, an interracial couple that helped overthrow Virginia’s laws against interracial marriage in the 1950s.

The Sleeper Hit: IT’S ONLY THE END OF THE WORLD, by Canada’s hottest young director Xavier Dolan, 27, whose 2014 drama Mommy wracked up honours from Cannes to the Canadian Screen Awards. His latest offering stars Marion Cotillard, Nathalie Baye, Vincent Cassel, Léa Seydoux and Gaspard Ulliel as an estranged writer who returns home to announce to his family that he’s dying.

DENIAL: Rachel Weisz, 46, and Timothy Spall, 59, star in world premiere of the real-life story of a historic 1990s British courtroom showdown over the existence of the Holocaust.

JACKIE: Natalie Portman portrays Jacqueline Kennedy during the most tumultuous period of her life – the assassination of her husband, U.S. President John F. Kennedy.

JULIETA: Three Alice Munro short stories from her Runaway collection form the foundation for this Spanish film about the relationship between a 55-year-old woman and her daughter, directed by Pedro Almodóvar.

UNLESS: From Alice Munro to another famed Canadian scribe, this film adaptation of Carol Shield’s last tome stars Catherine Keener, 57, as a mother who finds her daughter living mute and destitute on the streets.

WINDOW HORSES (THE POETIC PERSIAN EPIPHANY OF ROSIE MING): What could be more Canadian than an animated story about a Chinese/Persian girl who leaves home in Vancouver and travels to Iran to reconnect with her roots, starring Canuck talents Sandra Oh, 45, Don McKellar, 53, and Ellen Page? Remember that maple syrup and poutine suggestion?

Think outside the [Light]box: At 3pm head over to the Elgin Theatre to screen the first three episodes of the new season of the hit series Transparent, about a senior citizen who reveals to his family that he’s transgender, starring Golden Globe and Emmy winner Jeffrey Tambor, 72.