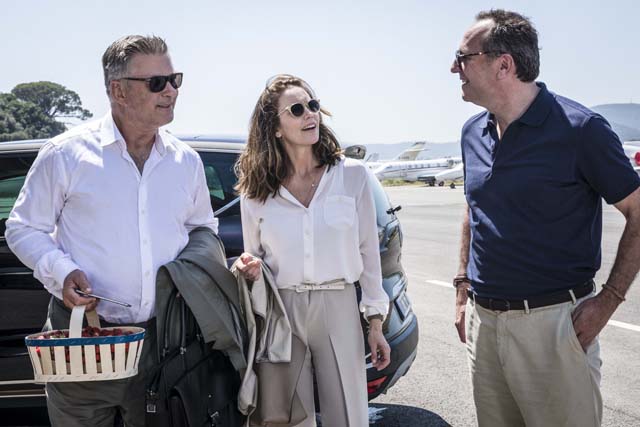 Today at TIFF, Eleanor Coppola directs her first feature film at age 80 while Mexican burlesque dancers continue to perform into their senior years. So much for growing old in a rocking chair, kitting and waiting for Matlock to come on.

The Sleeper Hit: Maud Lewis, famed Canadian folk artist who battled juvenile rheumatoid arthritis before her paintings made her famous, gets the biopic treatment in MAUDIE, a Canada/Ireland production starring Sally Hawkins and Ethan Hawke.

PARIS CAN WAIT: …and so can Eleanor Coppola, evidently, given the 80-year-old filmmaker waited until now to direct her first feature non-documentary film, which makes its world premiere at TIFF. For the occasion she landed Diane Lane, 51, and Alec Baldwin, 58, to play a couple whose marriage has stagnated. As such, Lane’s character embarks on a French road trip with her husband’s charming associate, Arnaud Viard, 51. “French road trip,” “stagnant marriage” and “charming associate” – this doesn’t sound like it’s going to end well for Alec.

BEAUTIES OF THE NIGHT: The Canadian premiere of this Mexican documentary about former burlesque showgirls still performing in their senior years will challenge anyone’s views of what aging entails while giving new meaning to the term “50 shades of grey“.

I, DANIEL BLAKE: The story of a 59-year-old man battling illness and the government that refuses to pay his Employment and Support Allowance won famed director Ken Loach another Palme d’Or at Cannes and some of the highest praise of his decades-long career.

LA LA LAND: This highly-anticipated toe-tapper stars Canuck Ryan Gosling and Emma Stone in a romantic nod to musicals of Tinseltown past.

Honourable mention: THE DEATH OF LOUIS XIV, which pretty much explains everything you need to know about the plot, is a dazzling French/Portuguese/Spanish period piece depicting the king’s final days and staring famed French actor Jean-Pierre Léaud in the title role. Its garnered applause almost as big as the monarch’s ridiculous wig and this is your last chance to see it at TIFF.

Think outside the [Light]box: Brazilian Kiss of the Spiderwoman star Sônia Braga, 66, who heads up the TIFF film AQUARIUS, stops by the Glenn Gould Studio to talk about her highly acclaimed acting career – from soap operas to the big screen.