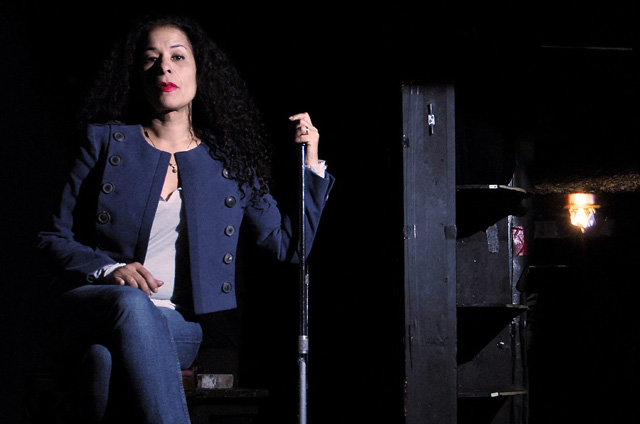 Toronto’s historic Kensington Market neighbourhood is many things to many people – a countercultural hub set within a few block radius in the heart of the city; a community of proudly independent merchants; a time capsule comprising remnants of the city’s early years; a one stop shop for all of your army surplus clothing needs. Former Mayor Mel Lastman was born there, as was actor Al Waxman, who played the titular role in the CBC series King of Kensington.

Nearly a quarter of a century after Waxman’s birth, award-winning Canadian jazz singer-songwriter Molly Johnson was born at Toronto Western Hospital on the edge of the Market. And despite a musical career that has taken her around the globe, the Market remains a significant part of her own personal history.

“I’ve lived in the Market twice and I’ve owned a home just a block away, where I raised my two boys. Wonderful spot for teenagers. Street proof your kid – leave them in the Market for the afternoon,” Johnson, 57, quips. “I always feel, when I walk into the Market, like 10 pounds have been lifted off of my shoulders.”

Evidently Johnson eats lunch in the Market as well, which is where she was when we connected to discuss her latest musical venture, the inaugural Kensington Market Jazz Festival. The fest will bring more than 100 artists to various venues in the Market for three days this week in the spirit of art, music and charity.

“There’s such a great appetite for live music and I just wandered into a couple of bars [in the Market] and literally talked these owners into letting me program jazz for the weekend,” Johnson explains. “We have no grant money, we have no corporate sponsorship – you can’t have corporate sponsorship in Kensington Market. That’s why there’s no Walmart. That’s why there’s no Starbucks. That’s how they’ve managed to do it and I’m all for it.”

The KMJF, organized by Johnson and fellow jazz singers Genevieve Marentette and Ori Dagan, is indeed a hyper-local operation. Shows take place at various Market clubs and venues, including neighbourhood institution Tom’s Place, the suit store that’s presided over Baldwin Street since the 1950s. Johnson calls owner Tom Mihalik the festival’s “patron saint” for donating $15,000 of print and radio ads and opening his store to performances throughout the weekend, some of which will be hosted and live-streamed by Oscar Peterson’s daughter Céline Peterson.

As well, there are no advance ticket sales – it’s cash only at the door and the money goes to the bands. Ditto for CD sales, handled by volunteers lining the Market’s streets. Johnson hopes some of the folks lining red carpets for the last weekend of the Toronto International Film Festival may even drop by for a change of pace. “Come down to the Market, have a pattie or a fish taco or an empanada,” she laughs.

Then there are the artists – an eclectic roster that ranges from pure jazz acts to Blue Rodeo’s Jim Cuddy and soprano Measha Brueggergosman. Johnson calls the assembled group of performers “a real musical community … I love that we don’t have any bona fide headliners – it’s alphabetical order, we’re all in this together.”

She notes that virtually everyone they asked to participate agreed, “including Carol Welsman, who’s flying in from L.A. on her own dime. Sophie Milman – she just had two babies. We offered free babysitting.”

The festival also boasts a strong charitable component. Proceeds from the KMJF t-shirt go to the Archie Alleyne Music Scholarship, named after the famed jazz drummer who was born in the neighbourhood and who played Toronto’s music scene with legends ranging from Billie Holiday to Stan Getz.

There’s also the Diva Dress sale, where female talents involved in the festival donate dresses for sale. Other festival beneficiaries include the Boys and Girls Club, a local youth centre slated to be turned into a music school in the Market going forward and The Stephen Lewis Foundation’s Grandmothers campaign to fight AIDS in Africa. And it’s all being done in the grassroots spirit of Kensington Market.

Oddly enough, Johnson herself is so engrossed in the organization of the festival that she herself isn’t scheduled to perform (though it’s possible she’ll jump on stage for an impromptu tune or two). Still, if the festival lives up to expectations, it could earn her a spot alongside Al Waxman as neighbourhood royalty. The Queen of Kensington, perhaps?