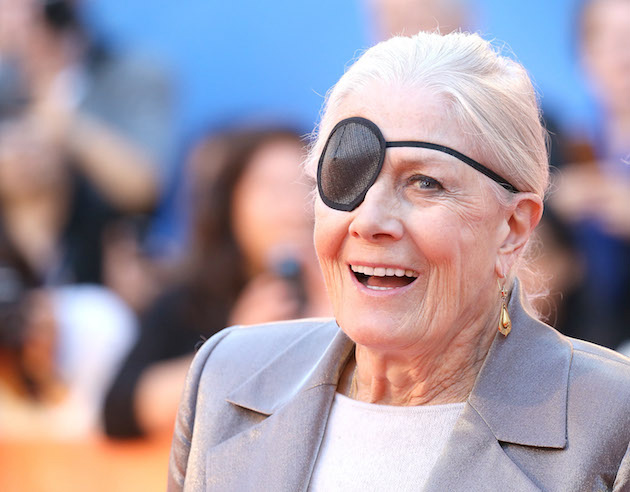 Wearing an eyepatch, legendary stage and screen actress Vanessa Redgrave took to the red carpet to promote the premiere of her latest film, The Secret Scripture. Helmed by Oscar nominated director Jim Sheridan (In the Name of the Father), the story goes back and forth in time following the same woman who lived through the political and emotional turmoil of Ireland in the 1920s and 1930s, and who was confined to a mental institution for fifty years. Rooney Mara plays the younger character.

Oscar-nominee Rooney Mara slick up-do shows off her strong features that are accentuated with the perfect eyeliner and nude lip. She stars opposite Vanessa Redgrave in The Secret Scripture.